Video posted on social media showed Metro Police flanking Paul and his wife as dozens of people confronted him in a Washington street after midnight. (Credit: Brendan Gutenschwager via Storyful)

CHARLOTTE, N.C. - Four people who were present during the Republican National Convention in Charlotte, North Carolina, tested positive for COVID-19, according to a release by Mecklenburg County officials.

The individuals who tested positive for the virus included two attendees and two support staff of the event.

According to county officials, the people who tested positive for the coronavirus were immediately issued instructions to isolate and anyone known to have been in contact with them was notified and issued quarantine instructions by the Mecklenburg County Public Health department.

Among people who attended the convention in Charlotte, 792 coronavirus tests were administered and conducted, officials said.

The RNC said the attendees did not attend any events before they got their results.

Michael Ahrens, the RNC's communications director, said in a statement that all four of the people who tested positive “were sent home.” 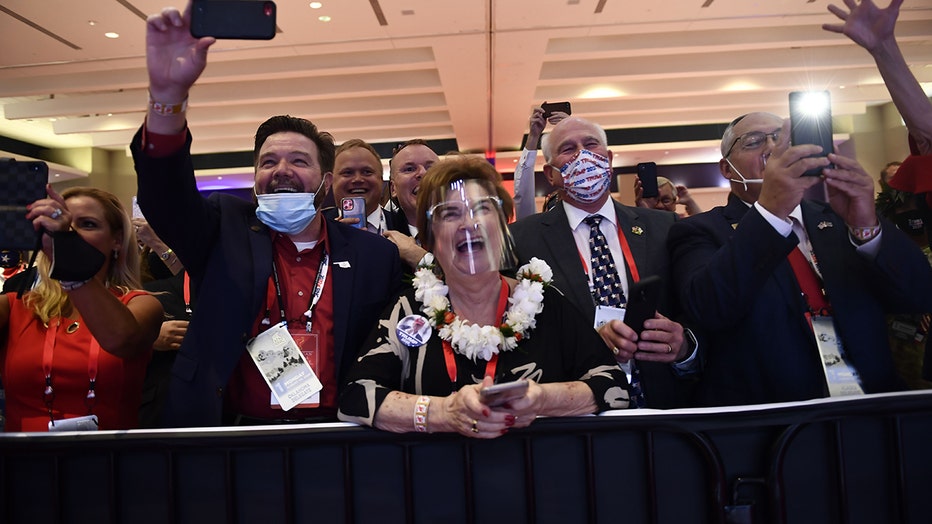 Delegates cheer as US President Donald Trump speaks during the first day of the Republican National Convention on August 24, 2020, in Charlotte, North Carolina. (Photo by BRENDAN SMIALOWSKI/AFP via Getty Images)

RELATED: Crowd of 1,500, many without masks, packed onto White House South Lawn amid pandemic for Trump's RNC speech

The Charlotte Observer reports that the disclosures of the positive tests come after county health officials raised concerned about a lack of social distancing and mask wearing at a Monday business meeting of the RNC in Charlotte. Strict coronavirus protocols were supposed to be followed.

The public may need to wait weeks for an “after-action” report detailing the true scope of convention-related infections. But Mecklenburg Public Health Director Gibbie Harris has said the convention posed no infection risk to the greater Charlotte area.