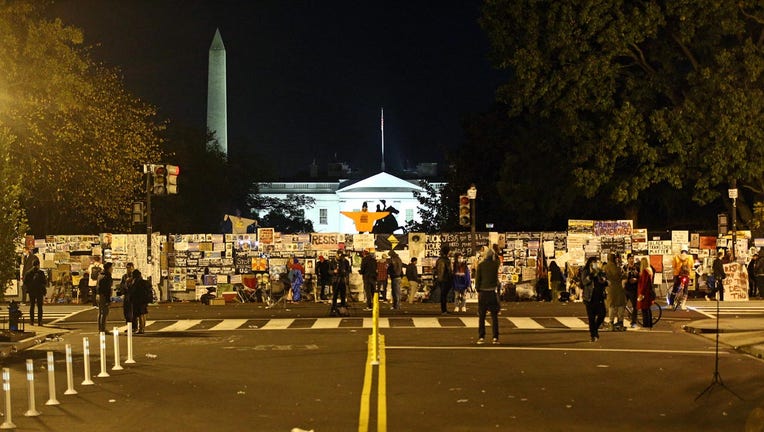 Protesters seen outside the White House after Election Day. On November 3, 2020 (Photo by Yegor AleyevTASS via Getty Images)

Officials say four people were stabbed overnight just blocks from the White House. Officers say three men and a woman were stabbed around 2:30 a.m. in the 1400 block of New York Avenue. Detectives are looking for three suspects in the stabbing. All injuries are believed to be non-life-threatening.

Election 2020 results: Biden, Trump locked in tight race in key states with no winner yet announced

Activist and pro-Trump supporter, Bevely Beatty, claims she was one of the stabbing victims involved in the incident. Beatty made the claims in a live Instagram post to her account early Wednesday morning.

According to an online report by Newsweek, Enrique Tarrio, a leader of the far-right group Proud Boys, reported that he and two other members were also injured in the stabbing.