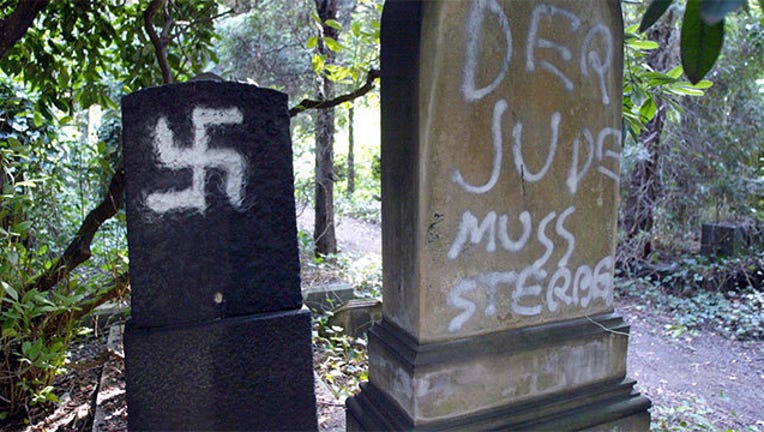 BERLIN (AP) - German authorities say the number of anti-Semitic crimes in the country remains high, with the equivalent of nearly 4 incidents per day in 2017.

Berlin's Tagesspiegel newspaper cites Monday a report prepared for The Left party in parliament showing that, based on preliminary figures, 1,453 anti-Semitic incidents were reported in 2017. Of those, 32 were acts of violence and 160 involved property damage, with 898 classified as "incitement," like hate speech.

Jewish groups have expressed concern that the influx of over 1 million migrants since 2015 from primarily Muslim nations could make anti-Semitism a greater problem. The figures show 1,377 of the incidents involved far-right perpetrators, and only 25 were considered "religiously motivated" involving foreign-born or German Muslims.