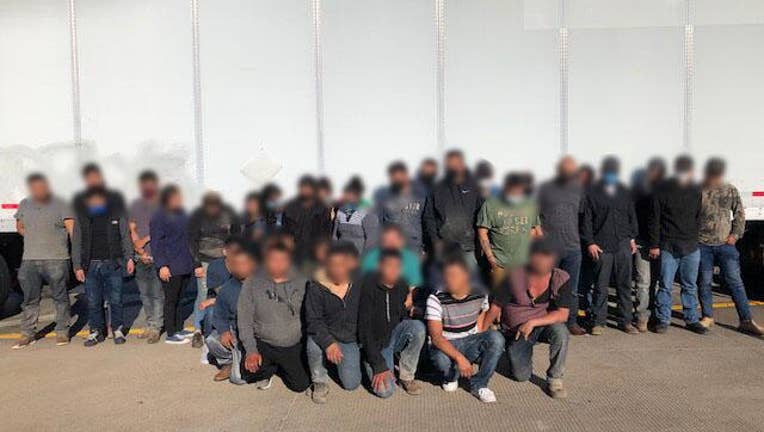 It happened at a Border Patrol checkpoint on Interstate 35 in Laredo, Texas.

A commercial truck hauling a white trailer approached the checkpoint on April 30.  After an immigration inspection of the driver, a non-intrusive scan of the tractor-trailer revealed several individuals being smuggled inside the trailer.

Agents cut the trailer seal and found 36 individuals all illegally present in the United States.  They were from Mexico, Guatemala, Honduras, and Ecuador.

All were evaluated by an Emergency Medical Technician at the time of encounter.  None required immediate medical attention.

The 36 individuals and the driver, a U.S. Citizen, were taken into custody.

Border Patrol agents have reported a disturbing trend of smugglers attempting to use tractor-trailers to sneak people into the country.

In March, agents discovered 42 smuggled immigrants packed inside of a utility trailer near the border in California.

"The increase in tractor-trailer smuggling continues to illustrate the total disregard that smuggling organizations have for the well-being of the people they are smuggling," said Chief Patrol Agent Gregory K. Bovino.