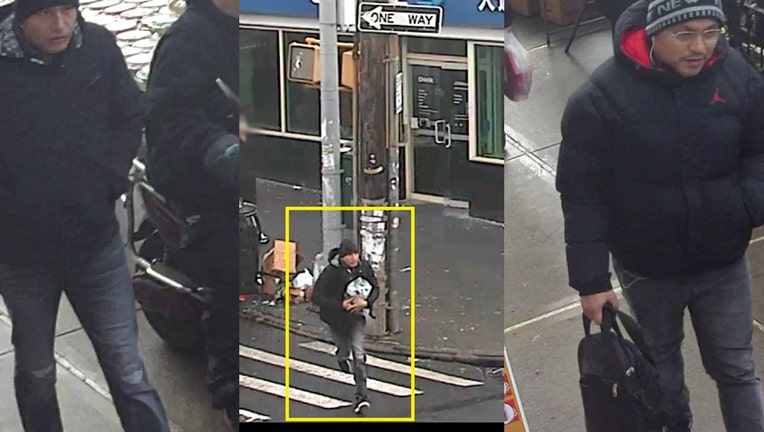 NEW YORK - The NYPD has released new photos of men who are wanted in a $300,000 robbery involving an armored truck outside a bank in Brooklyn.

The brazen robbery happened at around 1 p.m. on Friday, Jan. 6, 2023, in Sunset Park. The truck was in front of a Chase Bank located at the corner of 8th Avenue and 55th Street.

According to authorities, a Brink's employee was making a bank money drop when two of the suspects approached him and began to ask for directions.

While the employee was distracted, the third suspect managed to grab a bag of cash that had been left unattended on the bumper of the armored truck and ran from the scene, heading south on 8th Avenue.

Brinks says the company is working with law enforcement on the case. 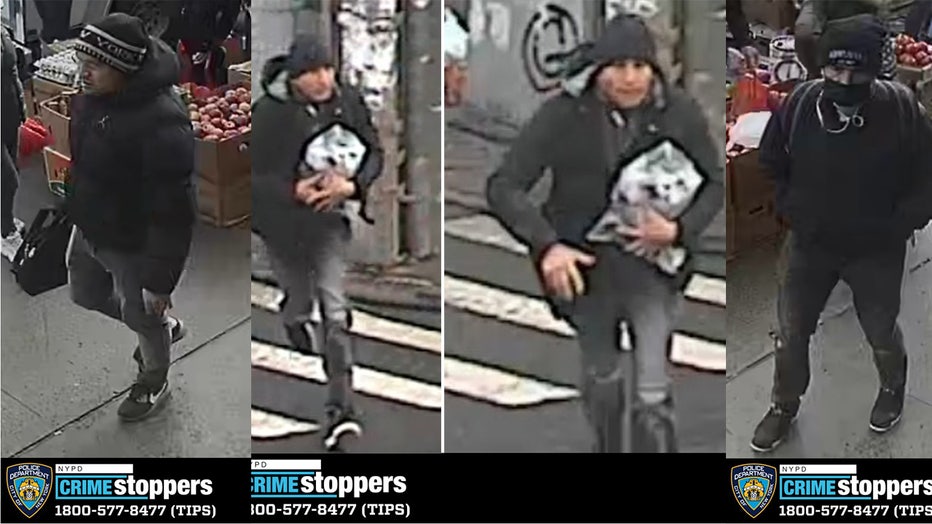 Three suspects wanted for allegedly distracting a Brink's truck driver in Brooklyn and stealing a bag with $300K in cash inside.

The thief who managed to get away with the bag is described as a man with a light complexion and a slim build who was last seen wearing a black winter hat, a black hooded jacket, gray pants, and black sneakers.