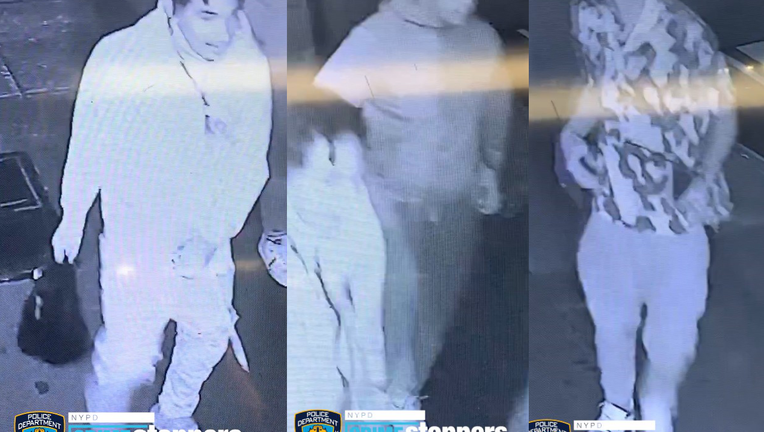 The NYPD has released photos of three suspects wanted in connection to an assault on a East Side bus on October 2.

NEW YORK - The NYPD is searching for three men who attacked and robbed a passenger aboard a East Side bus.

Another passenger, a 58-year-old man, attempted to stop the attack and was also beaten.

The suspects then took the 50-year-old’s phone from his pants before pushing the victims off of the bus at the corner of 2nd Avenue and 28th Street.

The suspects also got off the bus and ran away south along 2nd Avenue.

Police have released photos of the suspects. All are described as black men between the ages of 18 and 20.

Anyone with information in regard to this incident is asked to call the NYPD's Crime Stoppers Hotline at 1-800-577-TIPS.   Police say all calls are strictly confidential.