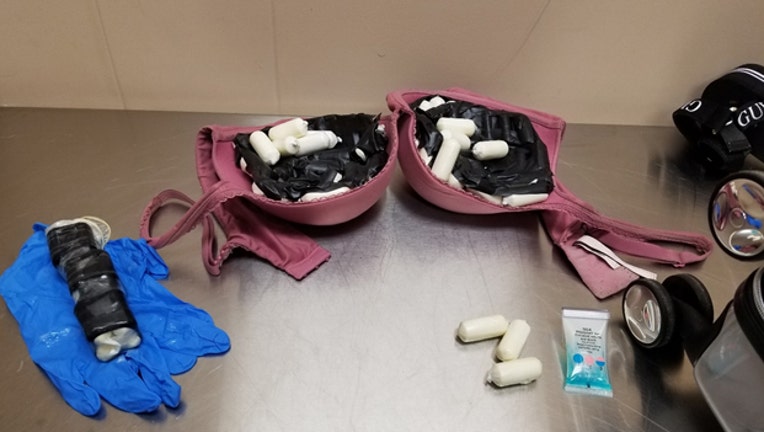 Three pounds of cocaine were discovered in pellets on and inside a woman returning to JFK Airport. U.S. Customs and Border Protection

NEW YORK - A woman returning to JFK Airport from the Dominican Republic was found to be carrying three pounds of cocaine both on and inside her body, authorities said.

Yerlina Lantigua Hernandez DeNova, a permanent U.S. resident, was going through customs on Friday when officers found three pellets of a white powder in her purse, according to U.S. Customs and Border Protection (CBP).

They say DeNova was searched in a private room where additional white pellets were discovered in her bra. DeNova told officers she also had inserted pellets vaginally and anally, added CBP.

A total of 100 pellets of white powder were found. Tests for cocaine were positive.   The illegal drug has an estimated street value of more than $94,000.

"This seizure is another example of our CBP officers being ever vigilant in protecting the United States from the distribution of these illicit drugs," said Marty Rabon, Acting Director of CBP’s New York Field Operations.

DeNova was arrested and turned over to the Dept. of Homeland Security.

She was charged with importing a controlled substance into the United States, which is a felony. She will be prosecuted by the U.S. Attorney’s Office in the U.S. Eastern District Court of New York.