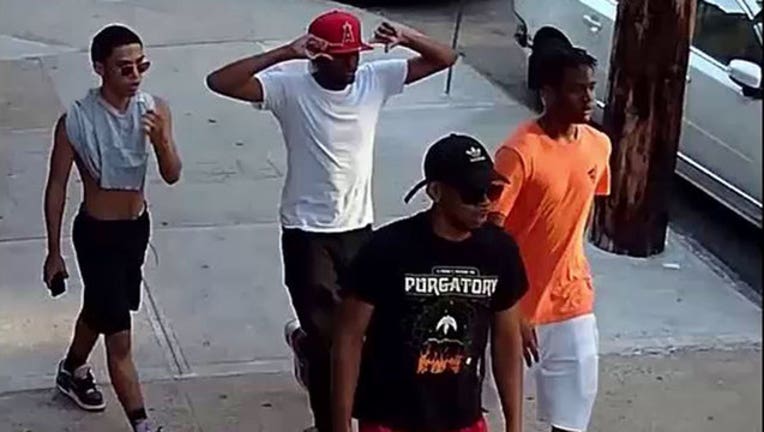 NEW YORK (FOX 5 NY) - The NYPD is asking for the public's assistant finding the suspect who shot a 23-year-old man twice in the Bronx.

According to authorities at roughly 6:41 p.m. on July 19, the victim was walking on Tiebout Avenue when the suspect fired multiple shots at him, hitting the stomach in the stomach and forearm. The suspect then fled the scene with three other men in an unknown direction.

The victim was taken to St. Barnabas Hospital in stable condition.

Security camera footage caught the man who police believe to be the shooter, wearing a red baseball cap and a white t-shirt.

Anyone with any information on the suspect is being asked to call the NYPD's Crime Stoppers Hotline at 1-800-577-TIPS (8477) or for Spanish, 1-888-57-PISTA (74782). You can also submit tips by logging onto the Crime Stoppers website at WWW.NYPDCRIMESTOPPERS.COM, on Twitter @NYPDTips.