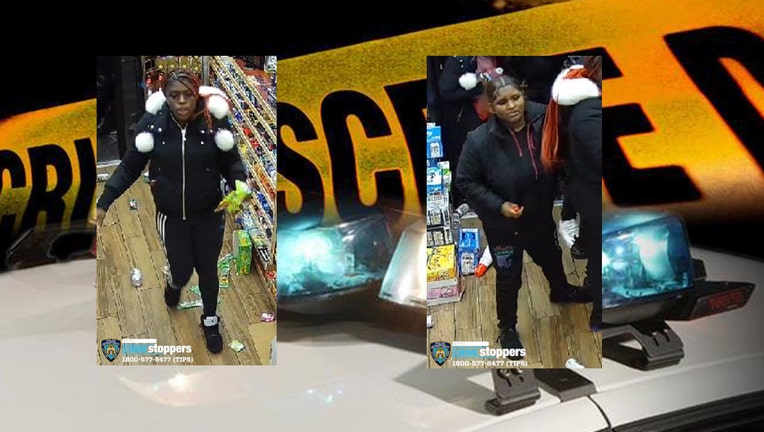 Two women are accused of attacking a Brooklyn bodega worker.

NEW YORK - Two women are accused of attacking a Brooklyn bodega worker and then stealing around $1,500 in merchandise.

The NYPD says it happened on Friday, Dec. 2, 2022, at the Bushwick Minimart on Bushwick Ave.

Police say the women went in just before midnight and started grabbing items.  They are then accused of jumping over the counter and punching a 21-year-old worker several times in the head.  He suffered pain but no serious injuries.

The women then took off with approximately $1,500 worth of goods.

On Friday, the New York City Police Department released images and descriptions of the two women they are looking for in connection with the crime.

The first woman had long red braids, was wearing a black jacket with white hoodie fur, had black tights with white stripes on the sides, and wore black and white sneakers.

The other woman had red hair and was wearing a black jacket, black sweatpants, and black sneakers.