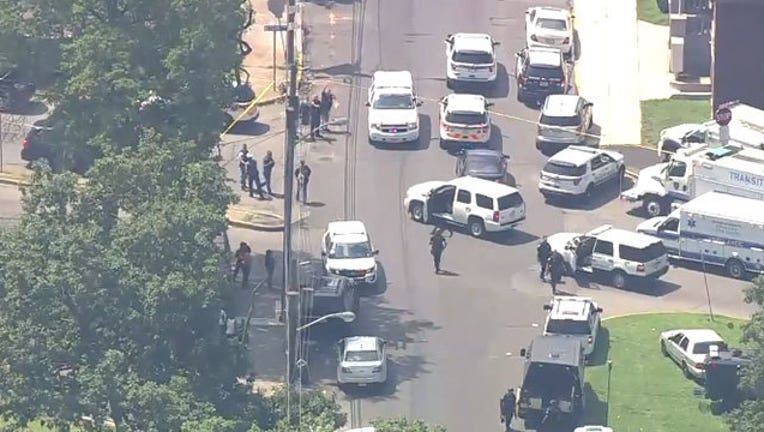 NEW JERSEY (FOX 5 NY) - A man and a suspect were killed and three police officers were wounded after a gun battle in Irvington on Thursday afternoon.

The incident happened shortly before noon on Myrtle Ave. in the Essex County community.  The area is a few blocks from the Garden State Parkway and near Newark.

Authorities say Kaizen Crossen of Irvington exchanged gunfire with officers with a rifle, shooting one in both legs before being shot and killed by police. Another unidentified man was killed during the gunfire.

The officer that was shot in the legs was taken to University Hospital in Newark. His injuries are not believed to be life-threatening.

Two other officers were injured in the incident, neither of their injuries are life-threatening.