One day after supporters of President Donald Trump breached the U.S. Capitol building as Congress worked to count the Electoral College votes to certify president-elect Joe Biden's win, a Capitol police officer passed away due to injuries he sustained while on-duty during the riots.

WASHINGTON - Federal authorities have arrested two men who were reportedly involved in an attack on a Capitol police officer who died following the Jan. 6 riot at the U.S. Capitol.

Officer Brian Sicknick died the day after suffering injuries during the attack on the Capitol.

Investigators believe Julian Elie Khater, 32, of Pennsylvania, and George Pierre Tanios, 39, of Morgantown, W.V., were involved in the attack.

Khater is the man in a video obtained by the FBI that showed him spraying Sicknick and others with bear spray, according to court papers. The act hasn't been directly tied to Sicknick's death.

"Give me that bear (expletive), Khater said to Tanios on the video, according to court papers. Sicknick and other officers were standing guard near metal bike racks, the papers say.

Khater then says, "they just (expletive) sprayed me," as he's seen holding a white can with a black top that prosecutors said "appears to be a can of chemical spray."

The pair are facing multiple charges, including assaulting a federal officer with a dangerous weapon.

The circumstances surrounding Sicknick's death remain unclear, and a final cause of death has not been determined. Capitol Police have said he died after he was injured "while physically engaging with protesters" and the agency's acting chief said officials consider it a line-of-duty death. 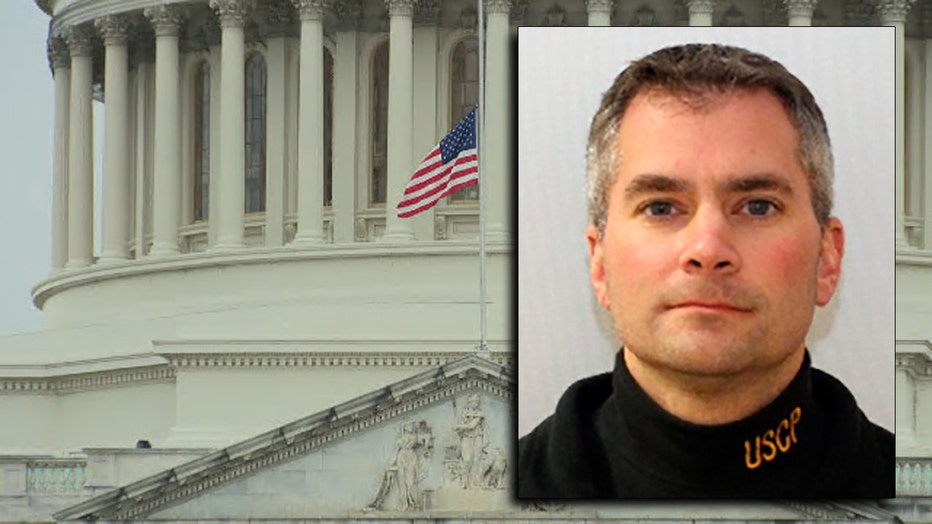 Sicknick collapsed later on and died at a hospital on Jan. 7. The Justice Department opened a federal murder investigation into his death, but prosecutors are still evaluating what specific charges could be brought in the case, the people said.

Sicknick was one of five people who died directly following the attack on the Capitol.

During the rally, Trump re-iterated his claims that the results of the 2020 election were false, despite the lack of evidence supporting such a claim.

The protesters' attack on the Capitol temporarily halted the Electoral College vote count, which cemented President Joe Biden’s 2020 victory over the Republican incumbent.