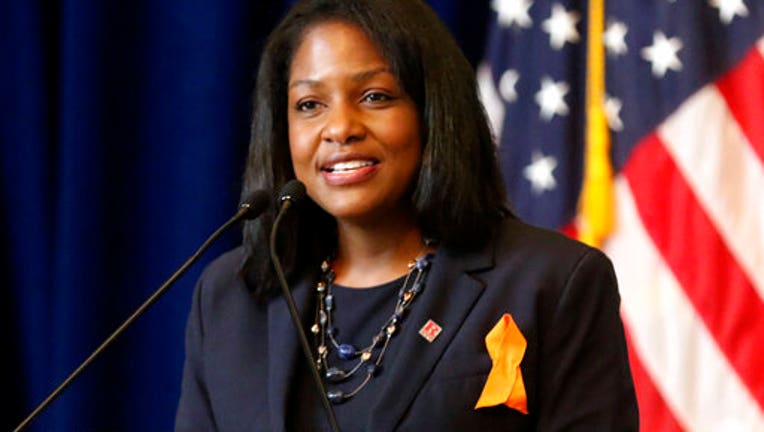 TRENTON, N.J. (AP) - The nomination of the first Black woman to sit on New Jersey's Supreme Court was confirmed Thursday by the state Senate.

Fabiana Pierre-Louis, a 39-year-old attorney in private practice and a former federal prosecutor, was nominated by Democratic Gov. Phil Murphy in June to succeed Justice Walter Timpone. He was nominated to the court by former Republican Gov. Chris Christie in 2016 and will reach the mandatory retirement age of 70 later this year.

“Ms. Pierre-Louis is a New Jersey success story who will bring more diversity to the highest court of the most diverse state in the country,” said Senate President Steve Sweeney, also a Democrat.

She is Murphy’s first pick for the high court.

The daughter of Haitian immigrants, Pierre-Louis was the first person to go to law school in her family. At the event in Trenton in June with Murphy, she seemed to get choked up talking about the role they played in her life.

“Many years ago, my parents came to the United States from Haiti with not much more than the clothes on their backs and the American dream in their hearts. I think they have achieved that dream beyond measure because my life is certainly not representative of the traditional trajectory of someone who would one day be nominated to the Supreme Court of New Jersey,” she said.

Pierre-Louis is a partner at Montgomery McCracken in Cherry Hill, where she is in the white collar and government investigations practice.

Before that, she served for nearly a decade as an assistant United States Attorney in New Jersey.

As part of that role, she served as the attorney-in-charge of the Camden branch office — the first woman of color to hold that a position, according to her biography on Montgomery McCracken’s website.

Murphy, a Democrat, said that Pierre-Louis would carry on the legacy of John Wallace, who was the last Black justice on the state’s highest court and who she clerked for.

Murphy lamented that Wallace was not renominated when his first term expired in 2010 — the first time that had happened under the state’s current constitution.