Vincent Ellerbe, James Irons and Thomas Malik were convicted of murdering token seller Harry Kaufman in 1995. After more than 25 years, a judge vacated their convictions after the Brooklyn DA could no longer stand by the prosecution.

NEW YORK - After prosecutors in Brooklyn disavowed the convictions of three men who spent decades in prison for one of the most horrifying crimes of New York's violent 1990s — the killing of a clerk who was set on fire inside a subway token booth, a judge dismissed their murder convictions on Friday.

Vincent Ellerbe, James Irons and Thomas Malik confessed to and were convicted of murdering token seller Harry Kaufman in 1995. The case resounded from New York to Washington to Hollywood, after parallels were drawn between the deadly arson and a scene in the movie "Money Train."

But Brooklyn prosecutors joined defense lawyers in court on Friday to ask the judge to dismiss all three men's convictions. The confessions conflicted with evidence at the scene and with each other, and witness identifications were problematic, prosecutors say; some men have long said they were coerced into confessing. 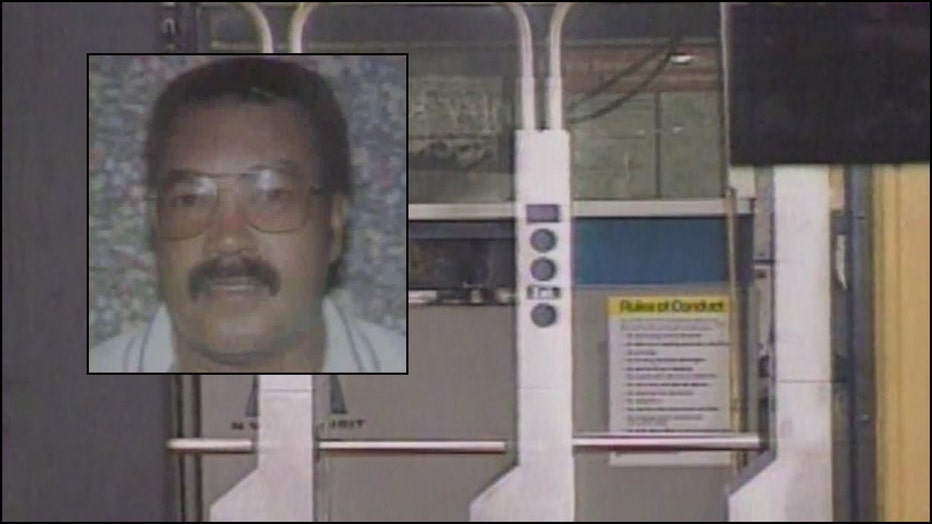 "What happened to us can never be fixed," Ellerbe told the courtroom as he quietly described the ordeal of prison: "They break you or they turn you into a monster."

Malik said it was "definitely too little, too late, but everything takes time. I just was happy that I was able to stand strong."

Irons said only that he felt "great."

In court, prosecutors said the case was "riddled with factual errors," "coerced confessions," and "manufactured evidence." The DA's office faulted the two detectives handling the investigation at the time.

"More than 25 years later, we do not have any confidence in the integrity of those convictions," Assistant District Attorney Lori Glachman told the court.

Defense lawyer Ron Kuby said the detectives had a long track record of unethical practices including lying but he also faulted the DA's office for withholding evidence and more.

"The horrific murder of Harry Kaufman shocked our city and devastated a loving family, but the findings of an exhaustive, years long reinvestigation of this case leave us unable to stand by the convictions of those charged," Brooklyn District Attorney Eric Gonzalez said in a release. "Above all, my obligation is to do justice, and because of the serious problems with the evidence on which these convictions are based, we must move to vacate them and acknowledge the harm done to these men by this failure of our system. My heart aches for the Kaufman family and my office remains resolute in our commitment to seek justice for victims, while ensuring fairness to all."

Brooklyn District Attorney Eric Gonzalez said his office is disavowing the convictions of three men who went to prison for decades for the killing of a subway token booth clerk.

The District Attorney said that on November 26, 1995, at about 1:40 a.m., inside of the subway station at Kingston Avenue and Fulton Street in Bedford-Stuyvesant, Brooklyn, two men approached the token booth where Kaufman was working. One of the men poured gasoline from a clear plastic soda bottle into the coin slot, then he or his accomplice lit a book of matches, igniting the gasoline and causing the token booth to explode. Kaufman was blown out of the booth.

A witness reported seeing three men exit the station and flee the scene. Kaufman emerged from the station engulfed in flames and passersby helped to extinguish the flames. He suffered burns over 80 percent of his body and died of his injuries two week later.

Subsequently, New York City Police Department detectives, including lead case detectives Stephen Chmil and Louis Scarcella, identified the defendants as suspects. All three defendants confessed to taking part in the crime and each was convicted by a jury at trial largely based on those confessions.

More than 25 years later, following a reinvestigation of the case, the DA's Office cannot stand by the convictions. Among many reasons are the problematic circumstances of the identifications, the myriad factual contradictions between the confessions and the evidence recovered at the scene, and the material contradictions between the confessions themselves.

The review found that Scarcella and Chmil fed key details to Irons, who was 18 years old at the time, showing him photographs of evidence found at the crime scene, including a rifle, and either describing or showing him a photograph of a gasoline container, before Irons said anything meaningful about either item. these details were used to argue at trial that the confession was so detailed it could be relied on by the jury. Furthermore, details of his confession were false, including that he was shot in the leg a year earlier, even though he was not, or physically impossible, such as he was able to see his accomplices enter the getaway car, which was parked a block away and around the corner. He also claimed that gasoline was squirted on the door of the token booth, but this fact was negated by expert testimony from a fire marshal at one of the co-defendant's trials, who said the gasoline was poured into the coin slot opening and nowhere else.

Malik, who was also 18 years old at the time, was identified by a witness as someone she saw holding the bottle of gasoline and entering the subway with another man, even though she had earlier identified Scarcella's and Chmil's top suspect, a different person (who was not charged) as holding the bottle. Notably, she was screaming, crying, and shaking, saying she would never forget his face, referring to the person who was not charged. Another detective working on the case later put Malik in a lineup, dressed in a red shirt (the only person in the lineup in a red shirt) and the same witness identified him as holding the bottle. The jury never heard that the witness made numerous material inconsistent pretrial statements, involving among other things, the location of her vehicle which would have undermined her credibility about what she claimed to have seen, impacted her ability to identify Malik, and raised doubts about other testimony she provided relating to the getaway car.

Finally, Ellerbe, who was 17 years old at the time, made a confession that was inconsistent with the facts and the evidence. He said in his statement that he used a spray bottle to spray gasoline, to actually spray his street name, Teff, on the front of the token booth in direct contradiction to the fire marshal who said that the gasoline was poured into the coin aperture. There is no evidence that a spray bottle was used, and CRU determined that if the booth had only been sprayed it would not have exploded. Also, Ellerbe said in his confession that four people stood in front of the token booth, though the victim told police there were two people.