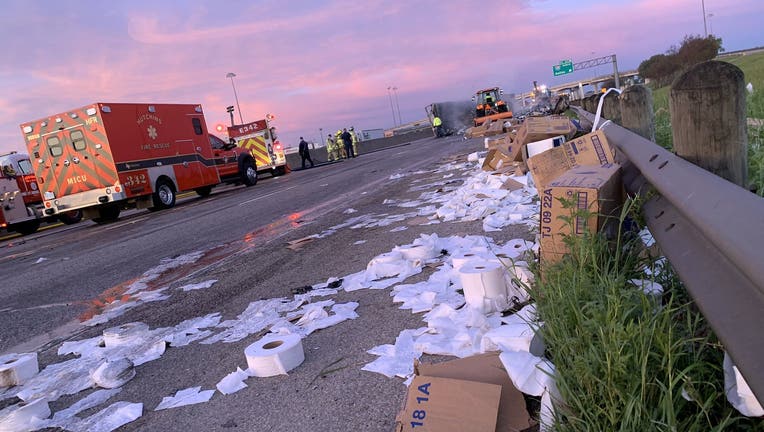 DALLAS - A tractor-trailer loaded with toilet paper went up in flames early Wednesday morning near Dallas.

The driver of the 18-wheeler reportedly lost control around 4:30 a.m. on westbound Interstate 20 near Interstate 45. The truck ended up on its side and caught fire. 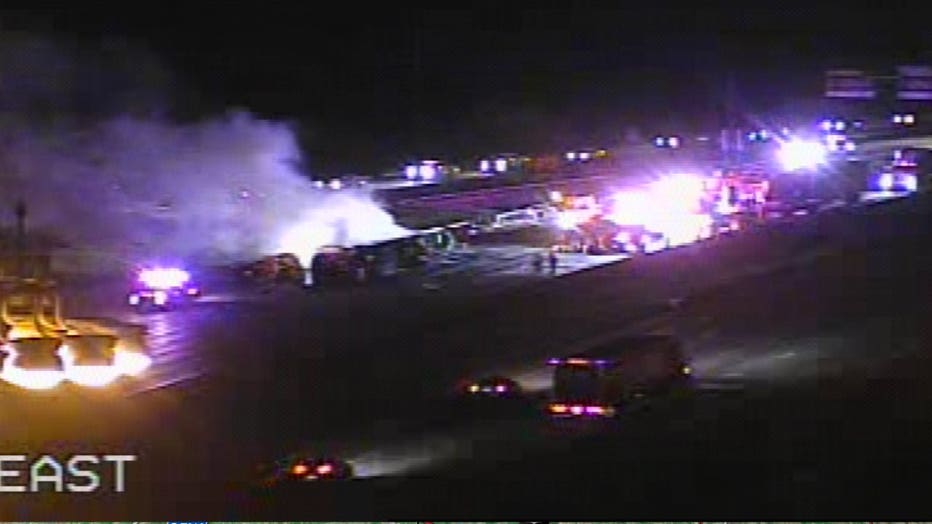 Drivers should avoid westbound I-20 in the Dallas and Balch Springs area because a major accident involving an 18-wheeler loaded with toilet paper.

The driver and his dog were not hurt but the crash spilled commercial toilet paper all over the interstate, much of it burning extensively.

The crash also caused a significant backup on I-20 during rush hour. All westbound lanes of the interstate were closed while crews worked to remove the smoldering wreckage.