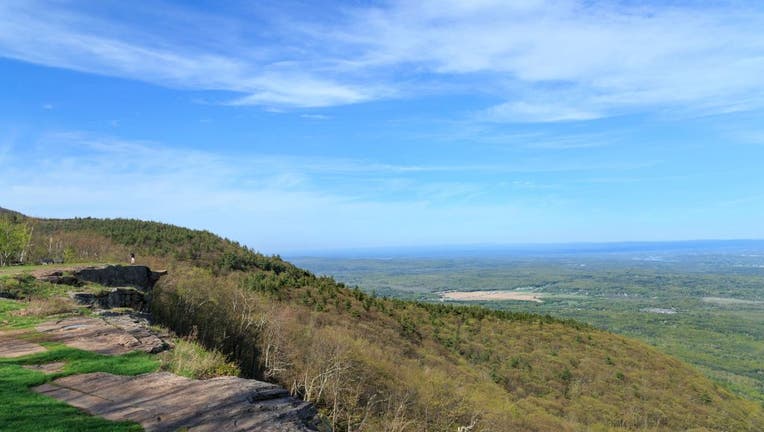 Mattias Edstrom of Chappaqua was hiking with his father, three other adults and two teenagers when the accident happened late Saturday afternoon, according to the sheriff's office. Greene County Sheriff Peter Kusminsky said Sunday that the group had been ice-climbing and the boy was wearing proper gear including a helmet.

The Rockland/Westchester Journal News reports that Mattias is the son of New Castle Town Supervisor Ivy Pool and was a sixth-grader at Robert E. Bell Middle School in Chappaqua. "Mattias was a brilliant, kind and loving young man," Principal Martin Fitzgerald said in a statement to the community. He said grief counselors would be available at the school.

The accident happened in the Indian Head Wilderness area in the town of Hunter, near a popular ice climbing location known as the "Dark Side," Kusminsky said. The area has deep, steep ravines with high cliffs and numerous waterfalls that freeze into towering walls of ice.

Kusminsky said the group was walking out on a section of trail equipped with a hand line when the boy slipped and fell.