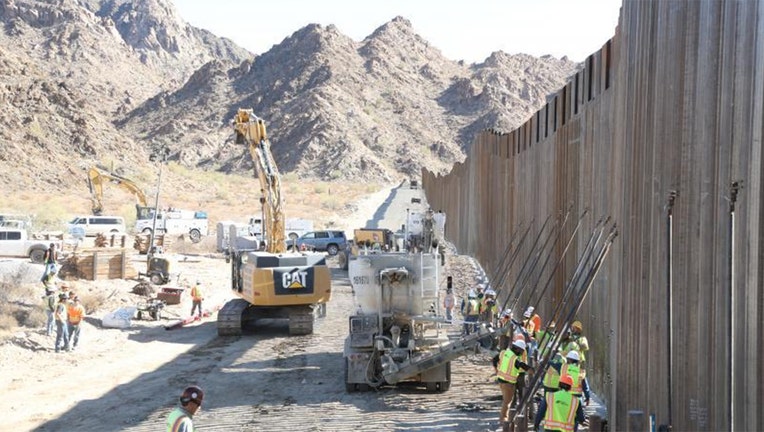 Border protection authorities say a 107-mile section of wall that spans the Yuma Sector was erected by the end of 2020.(CBP)

NEW YORK - Border protection authorities say a 107-mile section of border wall that spans the Yuma Sector was erected by the end of 2020.

While the U.S. Customs and Border Protection call it a new wall, most of it actually replaced existing barriers along the border from parts of California and Arizona.

Work on the 18- to 30-foot-high bollard-style wall began in May of 2019. Fencing was also erected in areas where the Colorado River previously served as a natural divider.

THOUSANDS OF FAKE IDs FROM CHINA SEIZED IN OHIO

The last panel of fencing was placed on December 21 but some security measures still need to be put in place, such as adding gates, lighting, cameras, and a ground detection system.

Authorities say the height of the new wall dwarfs the previous fencing to serve as a deterrent to potential illegal border crossers and drug smugglers.  The new fencing also offers a clear view into Mexico for agents who were unable to see beyond what was once solid panel-style fencing in some areas.

"The Yuma area was an area of high illegal entries being guided by transnational criminal organizations who exploited and took advantage of our outdated and even dilapidated infrastructure," said Special Operations Supervisor Vincent Dulesky. "Now we have this new border wall, combined with extra technology that will enable the Yuma Sector to maintain operational control."