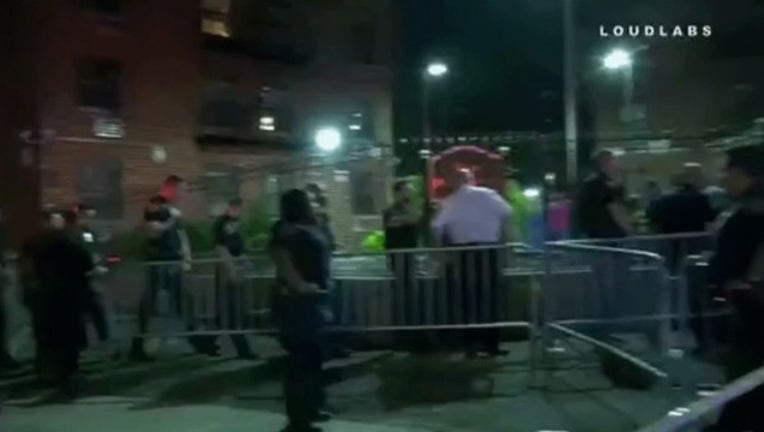 Police in New York were investigating a mass shooting in Brooklyn Saturday night at a block party that left one person dead and 11 others with gunshot wounds.

NEW YORK (FOX 5 NY) - The NYPD was offering a $10,000 reward for information leading to a conviction in a community festival shooting that left one person dead and 11 wounded.

Police were asking the public to help find the killer who opened fire at the Old Timers Day gathering in the Brownsville section of Brooklyn late Saturday.

A concert had just ended to close out the event for the evening.

Eleven other people were wounded.

Police said gang activity was a possible motive in the shooting.

A black semi-automatic gun was found at the scene, but police were still trying to figure out if there was more than one shooter.

Anyone with information in regard to this incident is asked to call the NYPD's Crime Stoppers Hotline at 1-800-577-TIPS (8477).). The public can also submit their tips by logging onto the CrimeStoppers website at WWW.NYPDCRIMESTOPPERS.COM, on Twitter @NYPDTips or by texting their tips to 274637 (CRIMES) then enter TIP577. Police said that callers could remain anonymous.