FOX 2 - GAYLORD, Mich. (AP) -- At least 40 people were injured and one person killed when a tornado struck northern Michigan Friday.

Munson Healthcare spokesman Brian Lawson said Friday that he had no details about the person who was killed or the conditions of those who were hurt by the tornado that rushed through Gaylord, a city of about 4,200 roughly 230 miles northwest of Detroit at around 3:45 p.m.

Lawson said the pace of people being brought to Gaylord-Otsego Memorial Hospital had slowed since the hours right after the storm.

"From what I'm gathering things have stabilized a bit," he said.

Otsego Memorial Hospital was not damaged but was running on generator power, spokesman Brian Lawson said.

Michigan State Police have issued a shelter in place order in Gaylord for residents, while the city has imposed a 7 p.m. curfew until 8 a.m. Saturday.

According to Michigan State Police, the shelter is being established at E-Free Church in Gaylord located at 1649 E. M-32.  The Red Cross will be setting up at that location. Ambulances are transporting injured persons to local hospitals.

About 14,000 Consumers Energy customers in northern Michigan were impacted by power outages after severe weather blew through the area this afternoon.

Consumers Energy has mobilized nearly 100 crews to respond. Crews are currently assessing damage and restoring power. As of 7:30 p.m., about 12,000 customers are currently without power.

Eddie Thrasher, 55, said he was sitting in his car outside an auto parts store when the tornado seemed to appear above him.

"There are roofs ripped off businesses, a row of industrial-type warehouses," Thrasher said. "RVs were flipped upside down and destroyed. There were a lot of emergency vehicles heading from the east side of town." 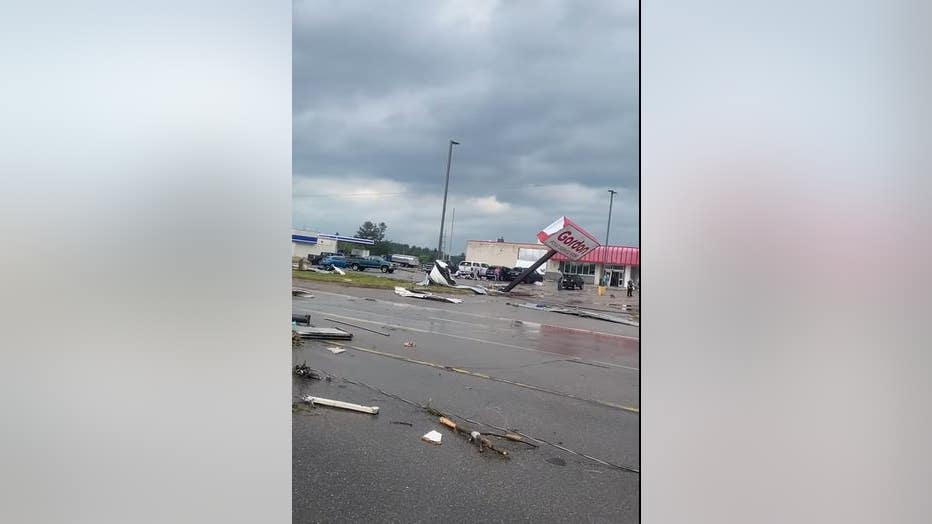 He said he ran into the auto parts store to ride it out.

"My adrenaline was going like crazy," Thrasher said. "In less than five minutes it was over."

Mike Klepadlo, owner of Alter-Start North, a car repair shop, said he and his workers took cover in a bathroom.

"I'm lucky I'm alive. It blew the back off the building," he said. "Twenty feet (6 meters) of the back wall is gone. The whole roof is missing. At least half the building is still here. It's bad."

Video posted on social media showed extensive damage along Gaylord's Main Street. One building appeared to be largely collapsed and part of a Goodwill store was damaged.

Governor Gretchen Whitmer released a statement expressing her support for those impacted.

"My heart goes out to the families and small businesses impacted by the tornado and severe weather in Gaylord," she said. "To the entire Gaylord community—Michigan is with you. We will do what it takes to rebuild." 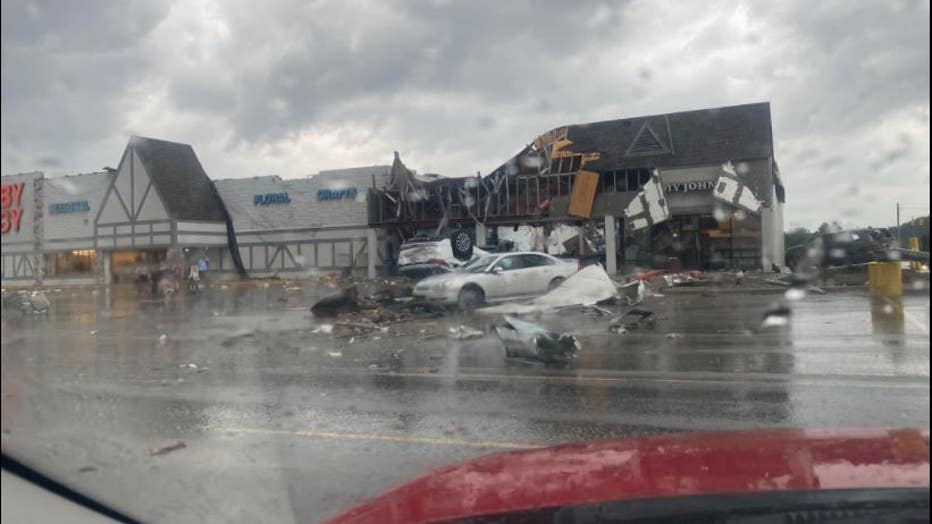 A collapsed utility pole lay on the side of the road, and debris, including what appeared to be electrical wires and parts of a Marathon gas station, was scattered all along the street. 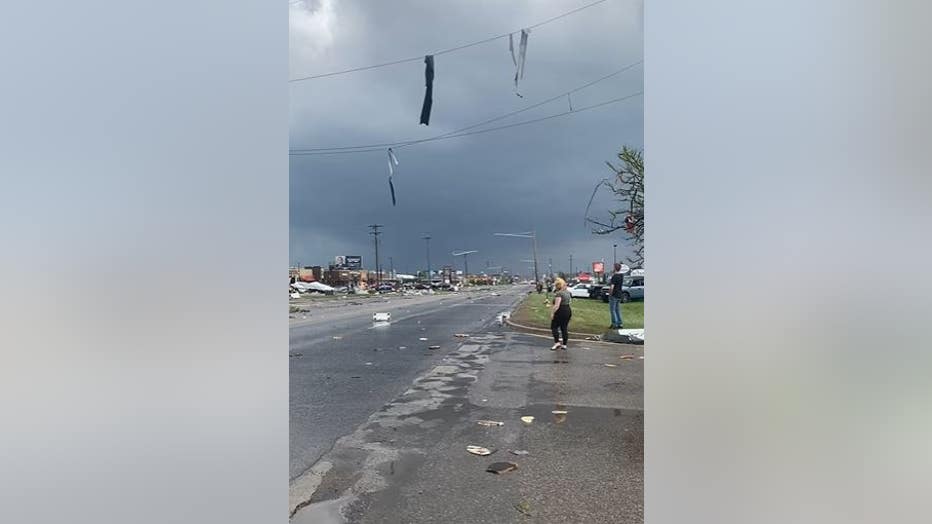 "We are monitoring the extreme weather situation in Gaylord and Northern Michigan closely. As Michigan State Police have noted, trees and power lines are down, and multiple homes and businesses have been damaged.

"The MSP urgeS Michiganders to avoid the Gaylord area. Emergency crews are responding to help residents and assess the damage. Severe thunderstorm watches and warnings remain in effect throughout Northern Michigan.

"Our thoughts are with the impacted communities and first responders and utility workers who are working hard to keep everyone safe."

Gaylord, known as the "Alpine Village," is set to celebrate its 100th birthday this year, with a centennial celebration that will include a parade and open house at City Hall later this summer.

Gaylord also is host to the annual Alpenfest in July, what it describes as an "Alpine-inspired celebration" honoring the city's heritage and a partnership with a sister city in Switzerland.

Ambulances are transporting injured persons to local hospitals. No confirmed deaths at this time. pic.twitter.com/IQmGrAeXrC

--The Associated Press contributed to this report.