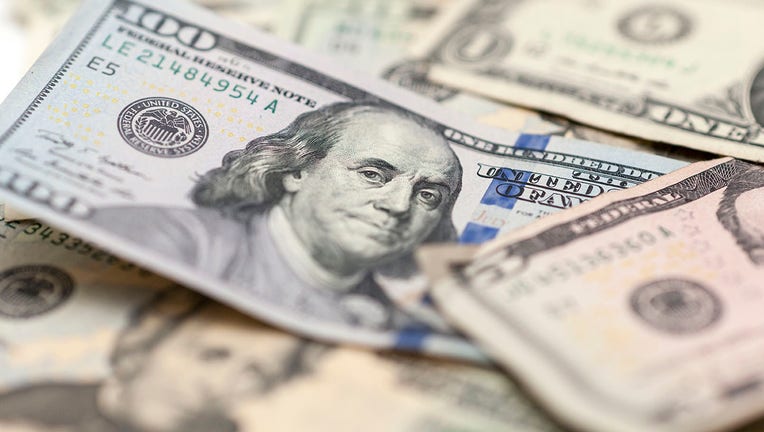 A US one hundred dollar bill with Benjamin Franklin is seen amongst other bills in New York on Friday, February 19, 2016. (Photo by Richard Levine/Corbis via Getty Images)

More than 20% of Americans have less than three weeks of financial runway before their account balances hit zero, according to a new report from Credit Karma.

Based on that timeline, about one in five people could be out of money by Election Day, according to the data compiled by the personal finance company

Credit Karma has been holding weekly surveys in order to get a better picture of Americans' finances since the onset of the pandemic.

"At Credit Karma, we saw a number of indicators demonstrating the success of early economic relief programs," McCreary said.

Despite unemployment numbers climbing to record highs, the survey found that people were either saving their money or using it for smarter financial decisions, such as paying down debt.

This was particularly true for people with lower credit scores, according to Credit Karma, which had expected that group would be the most cash-strapped during the virus-fueled economic downturn.

As of July, Credit Karma members with credit scores below 600 have missed fewer payments and have lowered their credit card debt since the onset of the pandemic, according to their data.

More people were making on-time payments and seeing a decline in their debt due to "various relief measures," the company said.

In fact, more members increased their credit score during the global health crisis than in pre-pandemic times, the data shows.