Toll of the pandemic on the MTA

A new survey suggests that many more MTA workers may have been infected with the coronavirus than previously believed.

NEW YORK - Nearly one in four of New York City's MTA workers may have contracted coronavirus, a much higher number than previously reported, a new survey found.

Those numbers come from a preliminary survey conducted by New York University with the help of the Transport Workers Union (TWU).

An anonymous survey was sent to approximately 3,000 TWU workers in August. 645 completed the questionnaire. 24% reported having had a COVID-19 infection.

90% of the transit workers also fear getting sick at work, according to the study. Roughly 40% of the respondents have underlying health problems that could increase their risk of complications from the coronavirus.

Only 30% of the workers in the survey intend to receive the COVID vaccine when it becomes available.  Most cited a lack of trust in its safety for not wanting to receive it.

130 MTA workers have lost their lives due to COVID-19, according to the study's authors.

The MTA disputes the findings.

In a statement to FOX 5 News the organization said:  "To be clear, this is a poll, not a study. This individual surveyed a fraction of the NYC Transit workforce, and captured only those who were most motivated to participate. The facts are these: the MTA’s overall COVID infection rate for transit workers is approximately 7%. Both city and state antibody testing results are nearly four times as high – with up to 27% of the overall population. The self-reported nature of this poll would unquestionably also drive the numbers higher. We hope any future ‘study’ is based on science, data and facts as the MTA’s highest priority remains the safety of our workforce." 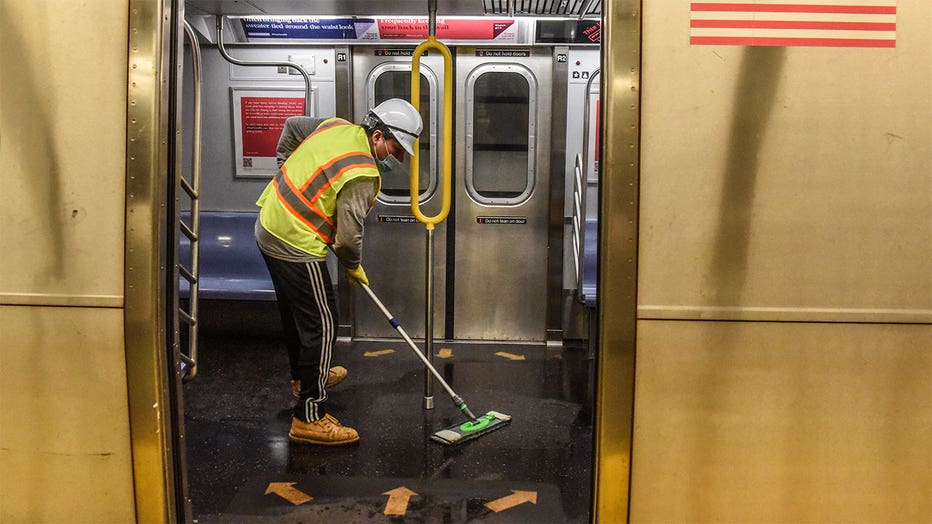