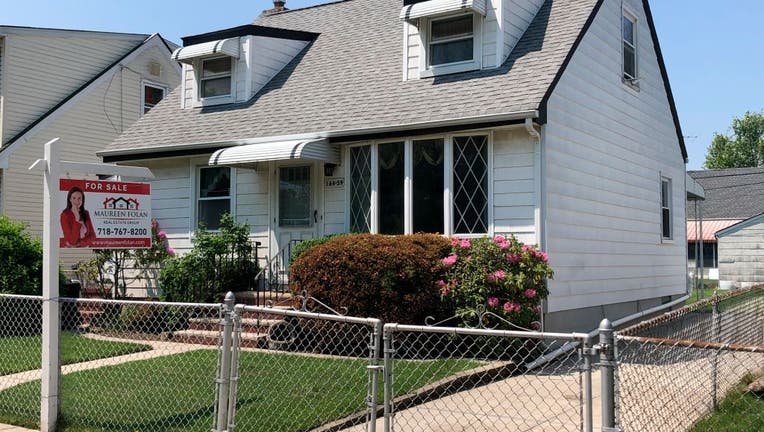 LOS ANGELES (AP) - The housing market slump deepened in November as sales of previously occupied U.S. homes slowed for the tenth consecutive month — the longest such stretch on records going back to 1999.

Existing home sales fell 7.7% last month from October to a seasonally adjusted annual rate of 4.09 million, the National Association of Realtors said Wednesday. That’s a slower sales pace than what economists had expected, according to FactSet.

Sales plunged 35.4% from November last year. Excluding the steep sales downturn that occurred in May 2020 at the start of the pandemic, sales are now at the slowest annual pace since November 2010, when the housing market was mired in the aftermath of the foreclosure crisis of the late 2000s.

Still, home prices continued to rise last month, though at a far smaller rate than just a few months ago. The national median home sales price rose 3.5% in November from a year earlier, to $370,700.

"We have this strange market where there are fewer buyers and fewer transactions, yet due to the limited supply some multiple offers are still happening and homes are still selling reasonably fast," Yun said.

November’s housing snapshot is the latest evidence of a deepening rut from what was a blistering sales pace at the start of the year, when mortgage rates hovered near historic lows.

The average rate on a 30-year mortgage was slightly above 3% in early January. Last week, it was at 6.31%, more than double the 3.12% average rate a year earlier, according to mortgage buyer Freddie Mac.

That increase can add hundreds of dollars to monthly mortgage payments and also can discourage homeowners who locked in a far lower rate the last couple of years from buying a new home.

Mortgage rates are likely to remain a significant hurdle for some time as the Federal Reserve has consistently signaled its intent to keep raising short-term rates in a bid to squash the hottest inflation in decades.

RELATED: Apartment rental prices may finally be falling in US, data shows

While mortgage rates don’t necessarily mirror the Fed’s rate increases, they tend to track the yield on the 10-year Treasury note. The yield is influenced by a variety of factors, including expectations for future inflation and global demand for U.S. Treasurys.

Yun is forecasting that the average rate on a 30-year mortgage may fall to around 5.5% by next spring or summer. His rationale: Increased apartment building construction should lead to a pullback in rents, which will help lower a key inflation barometer. That could pave the way for the Fed to ease up on its campaign to hike rates, which "should moderate mortgage rates."

"And if that’s the case, I think the housing market will see some steady rebound in terms of sales activity," Yun said.

On average, homes sold in just 24 days of hitting the market last month, up from 21 days in October, the NAR said. That’s still a relatively quick turnaround, as before the pandemic homes typically sold more than 30 days after being listed for sale.

The inventory of homes on the market declined for the fourth consecutive month. Some 1.14 million homes were on the market by the end of November. That amounts to a 3.3 months’ supply at the current sales pace. In a more balanced market between buyers and sellers, there is a 5- to 6-month supply.

The combination of higher mortgage rates and rising prices continue to keep many first-time buyers on the sidelines. They represented 28% of sales last month, unchanged from October, the NAR said. By historical standards, first-time buyers typically made up as much as 40% or more of transactions.