Oneus kicks off world tour at the Apollo

The five members of Oneus, Seoho, Leedo, Keonhee, Hwanwoong, and Xion, have a fresh, vibrant sound and attitude that sets them apart from other K-pop groups.

NEW YORK - Named by Billboard as the "K-pop group to watch," Oneus burst onto the scene in 2019 and they've taken the world by storm.

The five members, Seoho, Leedo, Keonhee, Hwanwoong, and Xion, have a fresh, vibrant sound and attitude that sets them apart from all other pop music acts.

This is the second time, Good Day New York's Christal Young caught up with the supergroup who's performing at the legendary Apollo Theater in Harlem.

Last year, they visited during their "Blood Moon" tour. Now they're in New York kicking off their "Reach for Us" world tour which will eventually head to 14 cities.

Washington D.C. Is the next stop.

The name Oneus reflects a special connection and unity with their fans, which they call "To-moons."

The name represents the fans as the Moon who orbit Oneus; the Earth.

Always up to something new, Oneus wants to collaborate with American artists to take their sound to a new level. Their 2021 smash song "No Diggity" set the world charts on fire and continues to be a favorite in live performances.

Their much-anticipated mini-album "Malus", released on September 5th, debuted at #1 on the Korean charts and sold over 225,562 copies in its first week, making it one of the band’s most successful albums to date. 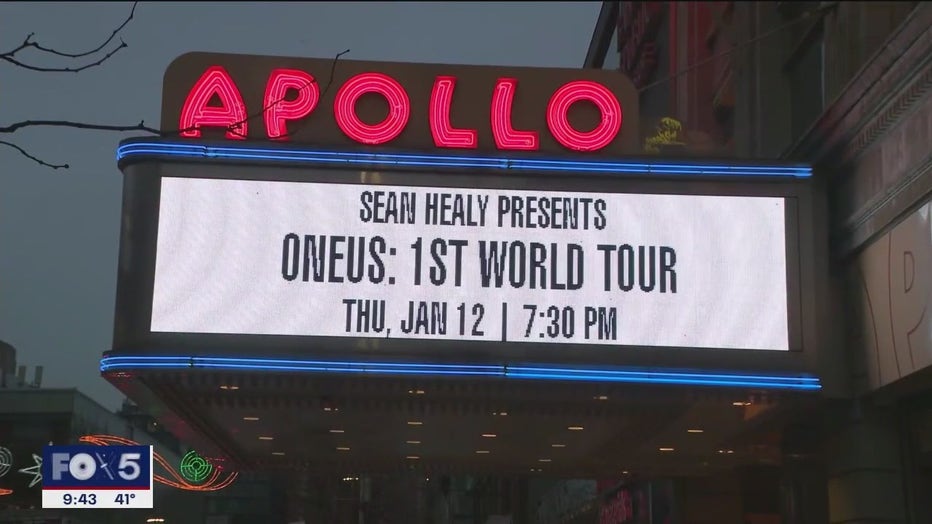 Oneus at the Apollo