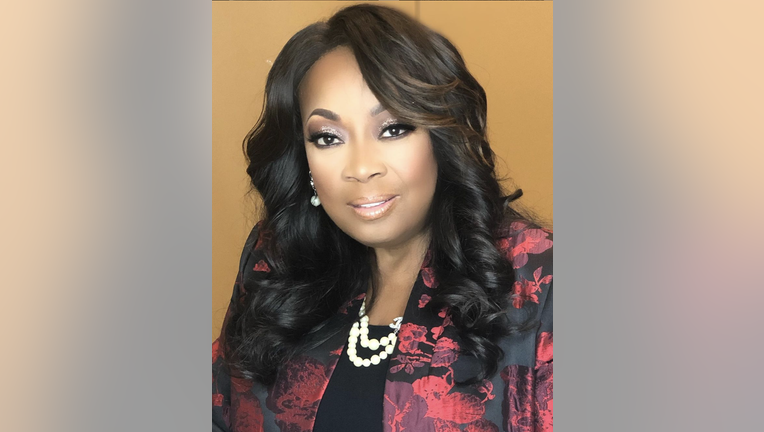 Star Jones will preside over "Divorce Court" starting in September 2022.

Jones is slated to take the bench effective September 2022, providing judgment for all the cases brought to mediation on the program, ranging from divorce court proceedings to other domestic disputes.

"We’ve been very lucky to have had exceptionally talented judges helm ‘Divorce Court.’ Beginning next season, Star Jones will bring her life experiences, her knowledge as a litigator, and her forceful personality to that storied bench," Brown said in a statement. "She aspires to make the show more meaningful, more interactive, and more impactful for the couples and we can’t wait."

Jones’ legal acumen is extensive. The attorney is a former New York City homicide prosecutor as well as a business executive, best-selling author, national volunteer for the American Heart Association, and an Emmy award-nominated TV host who has worked in media and communications for 30 years.

After she was elevated to senior assistant district attorney in 1992, Court TV recruited her in 1991 as a commentator on the William Kennedy Smith trial.

The new dance series "The Big Leap" premiered on FOX, and actor Scott Foley spoke with Stephanie Weaver about his recent move to the East coast and his decision to take on a starring role.

She also served as a legal correspondent for NBC's "Today Show" and NBC's "Nightly News." Jones has also appeared on various networks including NBC, MSNBC, CNN, and TruTV, as a network correspondent, host, commentator, or advocate.

Jones was also one of the original co-hosts of ABC’s "The View" for nine years and is a "Broadcasting and Cable" Hall of Fame inductee. She serves as president of Girlfriend Entertainment Productions, Inc., her own programming, and production company. She previously served as president and board of directors member of Professional Diversity Network, Inc., the International Association of Women, as well as a co-founder and principal of the Instant Impact Group, LLC, a consultancy firm that assists individuals and companies build their diversity, equity and inclusion programs.

Jones is also a member of the International editorial board of the Women's Forum for the Economy & Society and is a U.S. representative to the Women In Africa initiative.

Jones holds a bachelor’s degree from American University in Washington, D.C. She then received her Juris Doctorate from the University of Houston’s School of Law.

"Before I was the legal correspondent for NBC News covering high-profile trials and conducting exclusive jailhouse interviews, I spent six years in a Brooklyn courtroom as a NYC homicide prosecutor and assistant district attorney. Since the beginning of my TV career, it's been my mission to serve as a voice for the voiceless; and after more than 30 consecutive years on television and in people’s homes, that remains true," Jones said. "As a fan of television's longest-running court show, I was honored to be considered to take over the ‘Divorce Court’ TV bench, following in the footsteps of three incredible women, Judge Mablean Ephriam, Judge Lynn Toler, and Judge Faith Jenkins. I will offer the parties before ‘Divorce Court,’ as well as viewers, a no-nonsense approach to the law and a decision driven by my proven legal expertise, compassion and empathy, personal experiences and hard-earned common sense."

"Divorce Court" is the longest-running court show on television, reinventing itself three times on daytime TV (airing from 1957 to 1969, from 1985 to 1992 and currently, since 1999). The show dates back to the late 1950s when actors used to reenact real divorce proceedings for television.

Today, the program is comprised of real people and real cases. It is currently in its 23rd season and is produced in midtown Atlanta at the Georgia Public Broadcasting Studios.

"Divorce Court" is produced by Lincolnwood Productions, distributed by FOX First Run, and Sonja Solomun serves as Executive in Charge.

FOX Television Stations owns and operates 29 full-power broadcast television stations in the U.S. These include stations located in nine of the top ten largest designated market areas (DMAs), and duopolies in 11 DMAs, including the three largest DMAs (New York, Los Angeles and Chicago). Of these stations, 18 are affiliated with the FOX Network. In addition to distributing sports, entertainment and syndicated content, our television stations collectively produce over 1,000 hours of local news every week. These stations leverage viewer, distributor and advertiser demand for the FOX Network’s national content.