Malliotakis flipped the seat to Republican hands two years ago when Rose lost his seat and has held on to it as a key race as control of Congress is decided.

She was first elected to the New York State Assembly in 2011 and served five terms before winning her seat in Congress.

In her campaign, Malliotakis said she was looking to represent New Yorkers who she says are looking for a balance in power.

"Wherever I go, people are concerned about the rising food costs, rising energy costs, how they're going to heat their home this winter," Malliotakis explained. "That's the number one issue on everyone's mind." 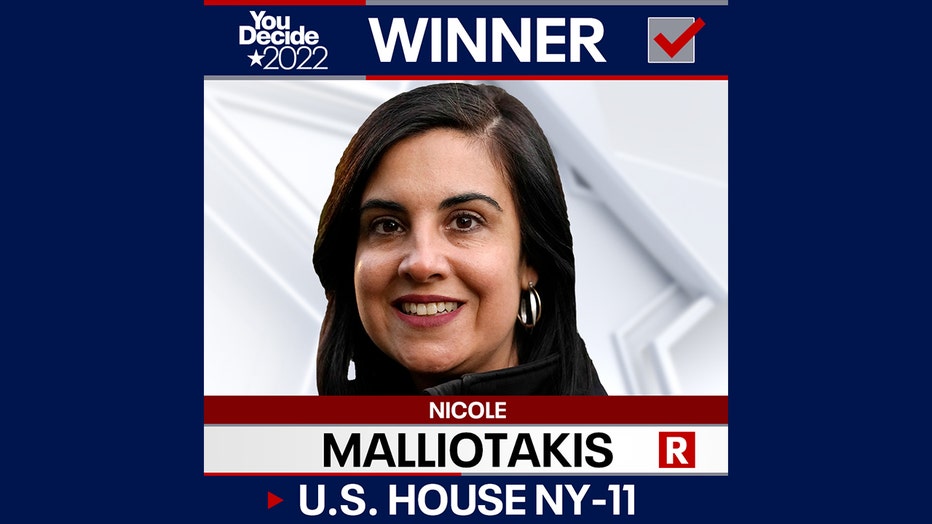 A Siena College Poll bfore the election found that 65% of likely voters in this district, which encompasses all of Staten Island and a small part of Brooklyn, identified the economy as their top issue in the campaign.

Another top issue in the race was crime. Malliotakis blames New York's bail laws for an uptick in crime in New York City and has called for changes that will give judges more discretion when setting bail.

"Crime is the top issue in this district because they're reading the newspapers and are seeing what's happening," Malliotakis said in the days leading up to the election. "And what's a shame is that the Democrats ignore it and act like the problem doesn't even exist."

Rose worked to criticize her stance on abortion in the weeks up to the election but it was not enough to sway voters.

Malliotakis has said Congress needs to take steps to secure the border and add more judges to hear asylum-seeker cases.

"It started at the border with the president's policy — he manufactured this entire crisis and he's the one that can end it," Malliotakis said. "Or Congress should pass our Border Security for America Act, which would add the barriers, would add the technology and would add the staffing necessary to defeat the Mexican drug cartels in their human- and drug-trafficking schemes."

Former President Donald Trump endorsed Malliotakis in the race and Malliotakis was one of 147 Republicans who voted against certifying the 2020 presidential election.  Trump won the 11th District by more than 7 points in 2020.