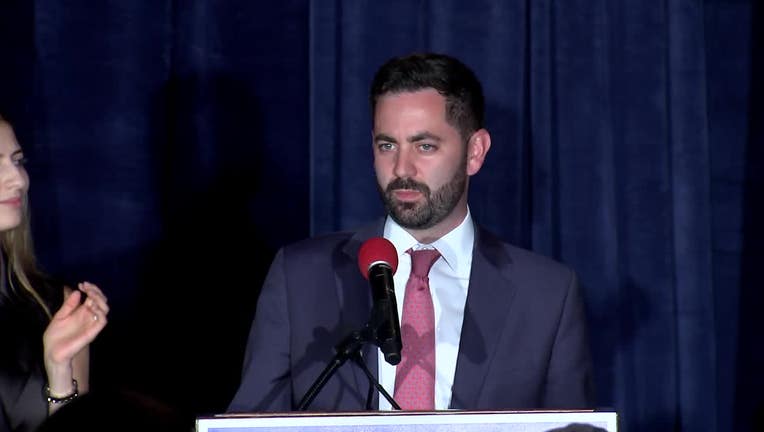 President Joe Biden won the Hudson Valley district by 10 points in 2020 but this year's race was seen as a toss-up.

In his final pitch to voters, Lawler said he can bring back "common sense."

"One-party rule is not working — we need to restore balance and common sense at every level of government," Lawler explained. "Whether you're Republican or Democrat or an independent, it doesn't matter. We all want a few basic things out of life."

Crime was one of the top issues for voters.

Democrats and Republicans both have things to celebrate about how the elections in New York shook out. Democrat Kathy Hochul won the race for governor. But a number of Republicans won seats in the U.S. House.

Lawler said he would support federal legislation that would allow victims of crime to sue states with cashless bail laws if the person who attacked them is out on cashless bail.

"I think there's a lot that can be done at a federal level with legislation to really force New York state's hand," Lawler said. "But at the end of the day what this really comes down to is electing people who are going to push back against the woke progressive agenda."

"Up in Rockland County, in Westchester, we pay among the highest property taxes in America," Lawler said. "Sean Maloney has failed to lift the cap on SALT [state and local tax deductions]. He promised to do it."

Lawler was first elected to the state legislature in 2020.