NEW YORK - A court-appointed expert released a draft of new congressional maps for New York that are more favorable to Republicans than the original gerrymandered political maps drawn by Democrats.

The draft maps released Monday would help the GOP by creating five districts that lean Republican and at least four other districts where Republicans would be competitive. Maps drawn up by the Democratically controlled state Legislature as part of the redistricting process occurring every 10 years would have given Democrats a strong majority in 22 of 26 congressional districts, starting with this year's election, but those maps were struck down by a court.

Currently, the state has 27 congressional districts but is losing one as a result of the 2020 census. Republicans hold eight of those seats;

The proposed maps could also pit several incumbents against each other or force them to run in new areas.

The new maps are a blow to national Democrats' plans draw favorable maps in New York in order to maximize the number of seats they could win in the U.S. House of Representatives.

Last month, New York's highest court, the Court of Appeals, ruled those maps and maps for the state Senate were unconstitutional and failed to abide by an anti-gerrymandering process approved by voters.

Under a process passed by voters in 2014, New York's new district maps were supposed to have been drawn by an independent commission. But that body, made up of equal numbers of Democrats and Republicans, couldn't agree on one set of maps. The Democratic-controlled Legislature then stepped in and created its own maps, quickly signed into law by Gov. Kathy Hochul, a Democrat.

The appeals court, made up of judges appointed entirely by Democratic governors, sided with the Republican plaintiffs who argued the Legislature sidestepped the process set forth in the 2014 reforms, including a provision in the state constitution barring the redrawing of districts for partisan gain. 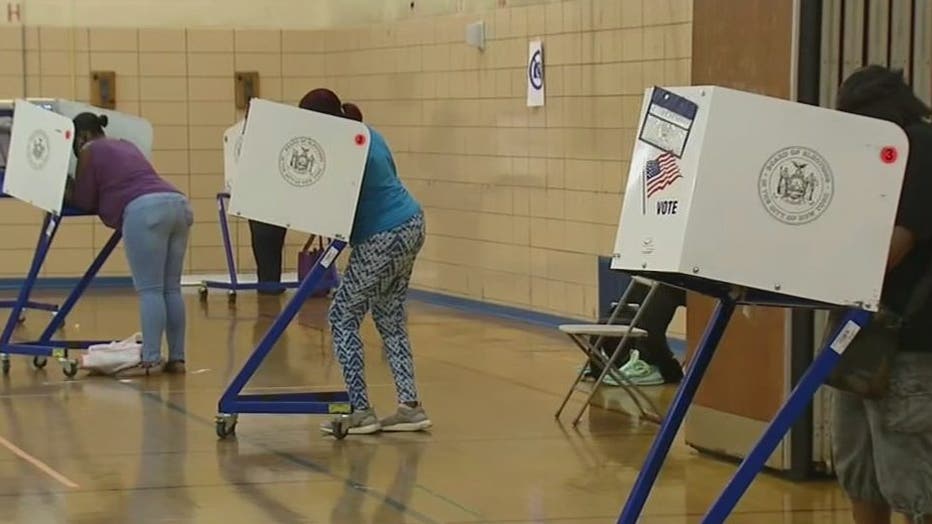 The new maps released Monday would significantly redraw the Manhattan districts currently held by incumbents Democratic Reps. Jerry Nadler and Carolyn Maloney, who have each served in the House for nearly three decades and chair influential committees. The maps would also significantly shake up the districts currently held by Democratic Reps. Mondaire Jones and Sean Patrick Maloney.

"A lot of incumbents are going to have some choices to make about whether they run and what district they run in," Brennan Center for Justice redistricting expert Michael Li said.

Li said the maps were much fairer and more competitive, including in areas like Long Island, than the gerrymandered maps drawn up by the Legislature. But the maps seem to be drawn with little regard to incumbency, which Li said could be something that the court is persuaded to change before giving final approval. He said redistricting rules in New York's constitution requires that the core of each district be preserved as much as possible.

"There might be an argument in New York City that the districts changed too much," Li said.

A New York court will take comment on the maps for two days before a final version is approved by a judge on May 20, with primary elections for congressional races and the state Senate now being held Aug. 23.

Adding to the redistricting tangle, the state's Assembly and gubernatorial primaries are still scheduled for June 28.

The Court of Appeals didn't order the drawing of new Assembly maps because a group of GOP voters who sued over the redistricting process didn't specifically challenge them in their lawsuit. They only went after the maps for U.S. House and state Senate seats.

But a new lawsuit is attempting to condense all the election dates and toss out the state's Assembly maps as well, arguing those are unconstitutional.

2022 Midterm Elections: How to register to vote in New York

New York's Primary Election Day is Tuesday, June 28, 2022. The deadline to register to vote is Friday, June 3, 2022. Here is all the information you need to register to exercise your right to vote. Find out if you qualify to register online.