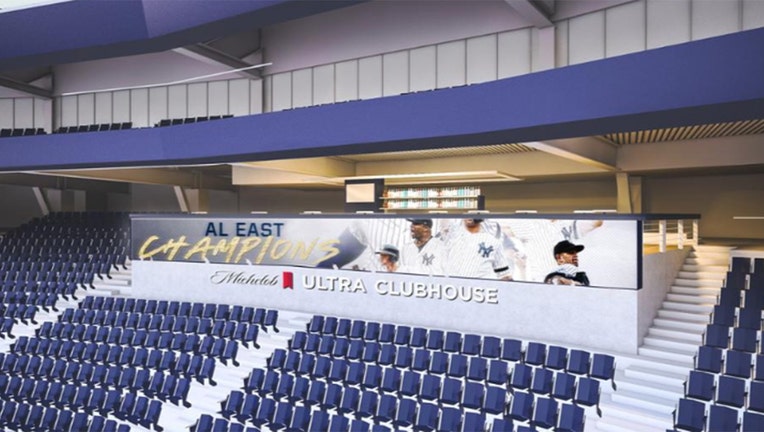 A rendering of one of the new social gathering areas in Yankee Stadium. (Courtesy of New York Yankees)

NEW YORK (AP) - A pair of social gathering areas are being added to the second deck of Yankee Stadium, cutting seating by 500 to 800 seats.

New York said Monday it is adding the Stella Artois Landing to sections 232A and 232B in left field and the Michelob Ultra Clubhouse to sections 207 and 208 in right field. Both areas, which are covered because they are below the top deck, will be accessible to fans with game day tickets and will be available as pregame party spaces for groups of 20 or more.

The areas will be open for Yankees games and NYCFC soccer matches.

Several social areas had been added before the 2017 season.

New York said many of the lost seats will be replaced by standing tickets.