Fans outside Amalie Arena erupt after Ross Colton gave the Lightning a lead that they never surrendered.

TAMPA, Fla. - The Stanley Cup isn’t going anywhere. The Tampa Bay Lightning will retain the legendary NHL trophy for another year after winning their second title in a row.

The Bolts outlasted the Montreal Canadiens for a 1-0 win that had the home crowd on their edge of their seats until rookie Ross Colton snagged his team-record fourth postseason goal by slipping one by Carey Price in the second period.

The full-capacity crowd of 18,110 erupted, letting loose more than a year’s worth of anticipation after being unable to cheer on their team in person last year because of the pandemic. 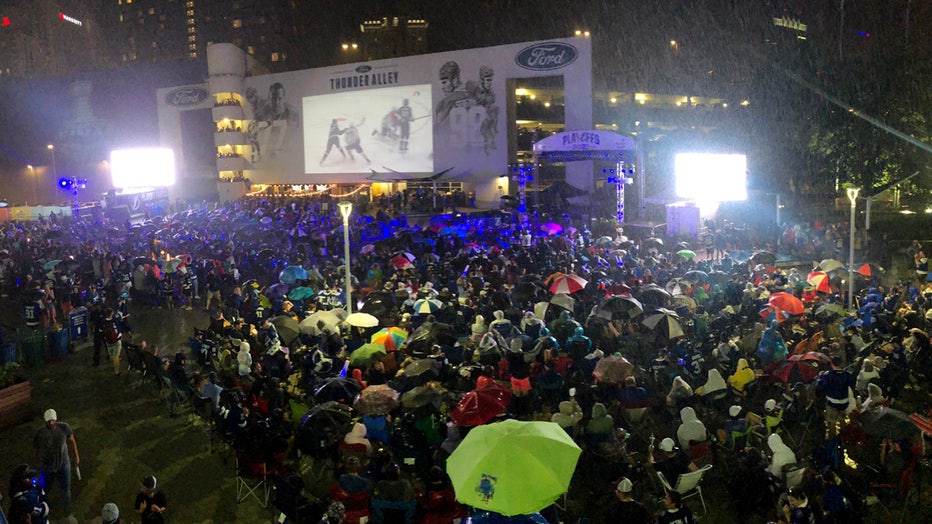 Thousands of fans cheered on the Tampa Bay Lightning outside of Amalie Arena, despite lingering showers from Tropical Storm Elsa.

Chants of "We want the Cup!" began a few minutes later. Thousands more fans outside in Thunder Alley joined in, despite occasional squalls from the departing Tropical Storm Elsa.

The Lighting topped Dallas in last year’s Stanley Cup Final, which was played in a COVID-19 bubble in Edmonton, Canada. This year, the Bolts got to hoist the cup on their home ice, which had not happened since the team’s first title in 2004. 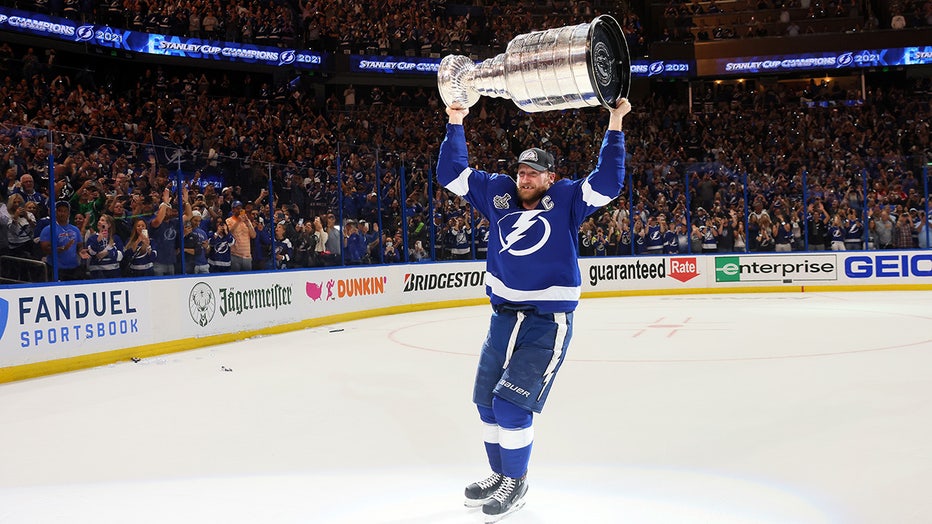 Steven Stamkos hoists the Stanley Cup after the 1-0 victory against the Montreal Canadiens in Game Five to win the 2021 NHL Stanley Cup Final at Amalie Arena. (Photo by Bruce Bennett/Getty Images)

"Full arena, incredible energy and another championship in Tampa," NHL Commissioner Gary Bettman said. "It feels like things are normal."

Winning has become normal for the Lightning, who did so this time relying on their playoff MVP goaltender and the only two players on the ice without their names on hockey’s holy grail.

Andrei Vasilevskiy had a series-ending shutout for an NHL-record fifth consecutive time dating to the 2020 final. Finishing with a handful in a frantic final minute, he made 22 saves to remain undefeated in games after a loss over the past two playoffs, both contested during a deadly pandemic with the Lightning coming out on top each time.

"It’s unbelievable," captain Steven Stamkos said. "This group, to go back to back after everything we went through last year in the bubble, to go through this year ups and downs it’s amazing." 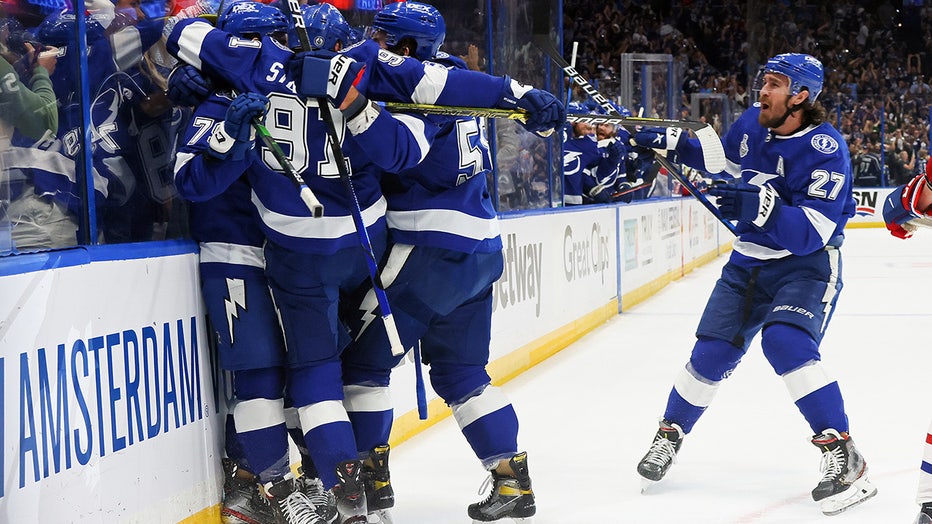 Ross Colton celebrates with teammates after scoring against the Montreal Canadiens during the second period in Game Five of the 2021 NHL Stanley Cup Final at Amalie Arena. (Photo by Bruce Bennett/Getty Images)

Ross Colton and David Savard weren’t around last year and made sure to put their stamp on Tampa Bay’s latest title run. Savard set up Colton’s goal midway through the second period past Canadiens stalwart Carey Price that fired up the crowd at Amalie Arena.

Stephen Whyno of the Associated Press contributed to this report.