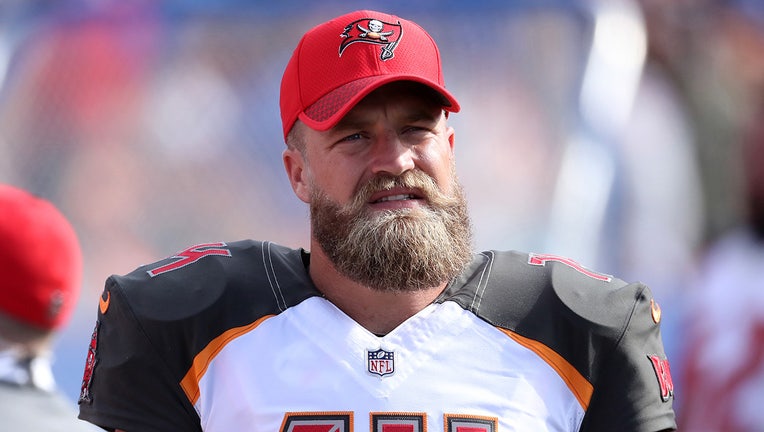 File: Ryan Fitzpatrick of the Tampa Bay Buccaneers looks on from the sideline during NFL game action against the Buffalo Bills at New Era Field on October 22, 2017 in Buffalo, New York. (Photo by Tom Szczerbowski/Getty Images)

BUFFALO, N.Y. - The FitzMagic has run out. Quarterback Ryan Fitzpatrick is retiring, he confirmed to The Associated Press in a text message on Friday, ending a career that spanned 17 seasons and nine teams and made him one of the NFL's most colorful and beloved journeymen.

It was a career of perseverance in which Fitzpatrick never settled for being a backup. Carrying himself with playful determination and a swashbuckling style reflected by his unruly beard, the seventh-round draft pick out of Harvard overcame his physical limitations and modest college roots to become the NFL’s first player to throw four touchdown passes in a single game with five different teams.

"He’s a fierce competitor. He’s extremely smart. So he had answers for players. And players always respect somebody that has answers," Gailey said. "But he never lorded it over them that he was smarter than everybody else. He was humble smart."

Fitzpatrick informed former teammates of his decision on Thursday, and former Buffalo Bills running back Fred Jackson was the first to reveal on Twitter that the veteran QB planned to retire. Jackson shared an image from Fitzpatrick with the names of hundreds of teammates, along with the message: "Forever grateful for the magical ride."

Jackson responded by writing: "Congrats on a Helluva career, Fitzy!! Loved sharing the field with you!! The gratitude is all mine!!" 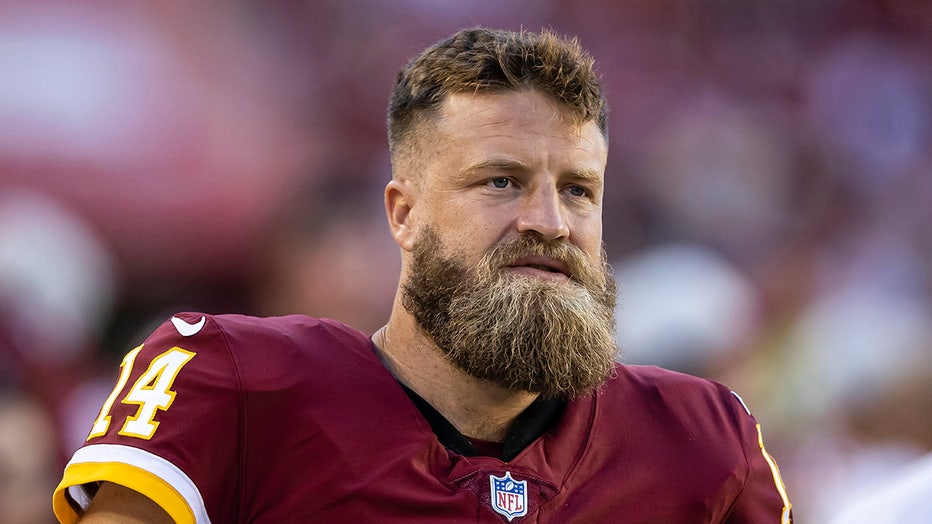 File: Ryan Fitzpatrick of the Washington Football Team looks on while sitting out the preseason game against the Baltimore Ravens at FedExField on August 28, 2021 in Landover, Maryland. (Photo by Scott Taetsch/Getty Images)

The 39-year-old Fitzpatrick’s last stop was in Washington. Named the starter ahead of last season, he suffered a hip injury in the team's season-opening loss to the Los Angeles Chargers and never returned to the field.

One blemish on his career: Fitzpatrick never made the playoffs. The closest he came was in 2015 with the New York Jets, who were eliminated from contention when he threw three fourth-quarter interceptions in a season-ending 22-17 loss at Buffalo. The Jets finished that season 10-6, the best record for a team with Fitzpatrick under center.

Gailey was the Jets' offensive coordinator that year and held the same role when Fitzpatrick was in Miami in 2020. He led the Dolphins to a 3-3 start before losing the starting job to rookie Tua Tagovailoa.

"He deserves better than he got. He never made the playoffs. I hate that for him. It ate at me," Gailey said. "And I thought we were going to make it in Miami. He had that team ready to explode, and the change was made at quarterback. I hated that for him. I really did. But he handled that with class just like he handled everything else with class."

Fitzpatrick finished with a 59-87-1 record as a starter in a career that began with St. Louis in 2005, with other stops in Cincinnati, Tennessee, Houston and Tampa Bay. For a player who initially considered himself more likely to land a job on Wall Street than play an NFL down, Fitzpatrick ranks 32nd on the career list with 34,990 yards passing, 36th with 223 touchdown passes and 49th with 169 interceptions.

Always considered a backup, Fitzpatrick wound up becoming the starter — because of injury or performance — for every team.

That included Buffalo, where Fitzpatrick replaced Trent Edwards as the starter in 2010. That was when he picked up the FitzMagic nickname for leading a no-name Gailey-coached team to a 5-2 start in 2011. The Bills ultimately collapsed and finished 6-10.

He was admired for the connections he made with teammates and learning about their backgrounds, and for his daring — and sometimes reckless — style that made him just as likely to throw a game-deciding touchdown pass or a game-turning interception.

"I’ve always relied on the intangible side of things and I think that shows in my play, but sometimes it’s a real positive and sometimes it’s a negative," he said in 2014 while with Houston. "That’s something I fight to this day in becoming a more consistent and efficient quarterback." 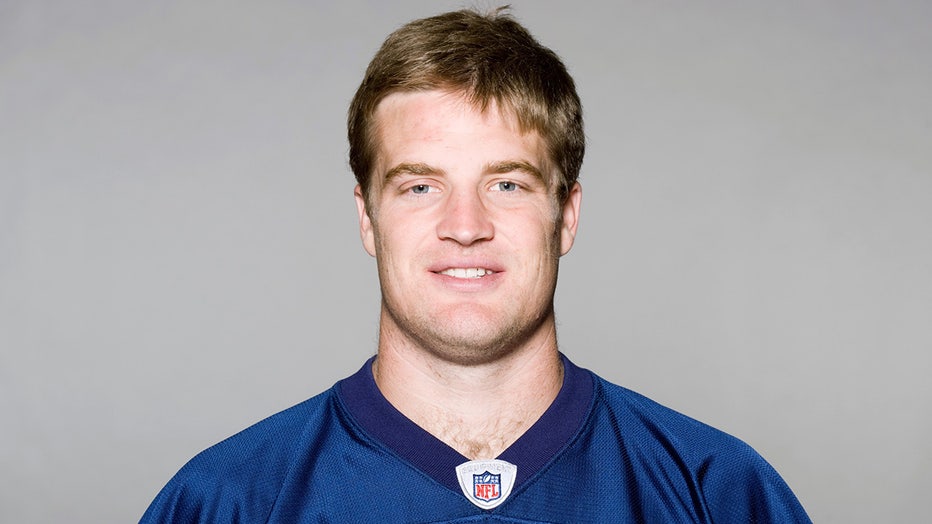 Though Fitzpatrick was cut by the Bills after the 2012 season, Buffalo remained close to his heart. He was famously caught on video shirtless in frigid conditions while cheering the Bills to a 47-17 win over New England in an AFC wild-card playoff in January.

"I take a lot of pride in the work I put into a game or a season. That’s why I’ve stuck around so long. It has nothing to do with my talent. You know, my talent got me drafted in the seventh round, barely," he said in 2016.

"So when I sit back when I’m done, I’m not going to sit back and look at the stats and the wins and losses and all that," Fitzpatrick added. "It’s really playing and earning the respect of my teammates that I value the most."