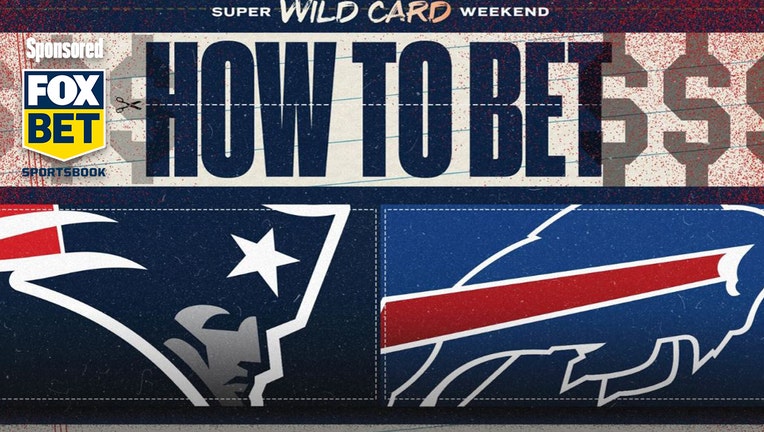 Check out the NFL odds on Patriots vs. Bills, from the point spread to the over/under and expert picks.

The New England Patriots (10-7) and Buffalo Bills (11-6) will play for the third time this season Saturday night, this time in the Super Wild Card Weekend.

Here's everything you need to know about the NFL odds for Saturday night's matchup between the Patriots and Bills — the point spread, moneyline, total over/under and picks from our betting experts (with all NFL odds via FOX Bet).

The Patriots were 6-2 straight up (SU) on the road this season. The Bills were 6-3 SU at home this season.

"This is a division rival and the Patriots know the personnel. I think New England is going to win a lot of field position battles in this game, too. Four and a half points are a lot of points to give Bill Belichick in a playoff spot.

"I like New England because they recently played and Buffalo put it on them. I also think the Bills are going to win, but they are mistake-prone and give teams opportunities."

PICK: Patriots (+4 at FOX Bet) to lose by fewer than 4 points (or win outright)

The AFC East Division rivals played twice during the regular season during a 20-day span. The Patriots won at Buffalo 14-10 on Dec. 6, then the Bills won at New England 33-21 on Dec. 26.

Buffalo enters on a four-game winning streak while New England has lost three of its previous four games.

Jones, the No. 15 overall pick out of Alabama, beat our incumbent Cam Newton in training camp for the starting job.

Damien Harris, a former teammate at Alabama of Jones, leads the Patriots in rushing. Harris has 202 carries for 929 yards (4.6 yards per attempt) with 15 touchdowns.

Patriots cornerback J.C. Jackson is tied for second in the NFL in interceptions with eight.

Allen has added 763 rushing yards (second on the team) on 122 carries (6.3 per attempt) and six touchdowns. He's also caught one pass for a 12-yard touchdown.

Devin Singletary leads the Bills in rushing. Singletary has 188 carries for 870 yards (4.6 per carry) with seven touchdowns.

Buffalo safeties Jordan Poyer and Micah Hyde each have five interceptions, tied for fourth in the NFL.

The Patriots lead the all-time series 77-46-1 but the Bills have won three of the last four meetings after New England won seven in a row over Buffalo.

Despite the long history between the teams (dating back to 1960), they have only met once in the postseason, a 26-23 win for the Boston Patriots in an American Football League divisional playoff game on Dec. 28, 1963.