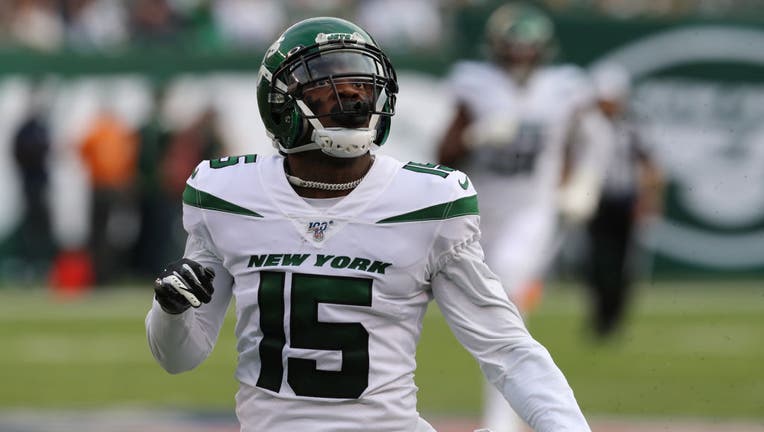 Wide Receiver Josh Bellamy No. 15 of the New York Jets sprints in coverage on Special Teams against the Dallas Cowboys in the first half at MetLife Stadium on October 13, 2019 in East Rutherford, New Jersey. (Photo by Al Pereira/Getty Images)

Bellamy, 31, is accused of fraudulently obtaining a $1.2 million loan under the program, which was meant to provide forgivable financial relief to embattled businesses during the coronavirus pandemic. The NFL veteran allegedly obtained the loan for his company, Drip Entertainment LLC., and used the money for various personal expenses.

The Justice Department said Bellamy allegedly purchased more than $104,000 in luxury goods from brands such as Gucci and Dior and withdrew another $302,000 in cash. Additionally, he is accused of spending some of the funds on a casino trip and filing fake claims on behalf of family members and friends.

Bellamy was slated to appear before a federal court in Florida on Thursday.

While members of Congress and their families are not barred from receiving federal relief aid, some are criticizing how legislators are benefiting from a program they created.

The criminal complaint accuses Bellamy of conspiring with 10 others to submit at least 90 fraudulent applications for financial assistance under the CARES Act program. The group filed applications worth more than $24 million and received more than $17 million, authorities said.

An eight-year NFL veteran, Bellamy spent the 2019 season with the Jets, contributing primarily on special teams. The Jets released Bellamy from their reserve/physically unable to participate list earlier this week.