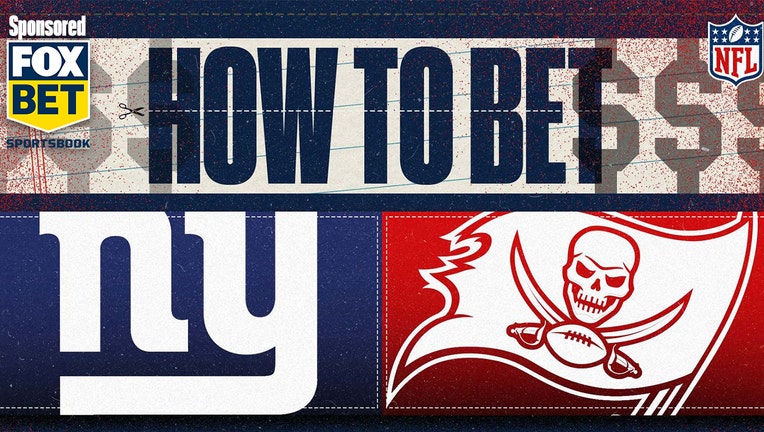 The Tampa Bay Buccaneers and New York Giants have become quite familiar with each other as the teams prepare to play on Monday Night Football.

Here's everything you need to know about the NFL odds on Monday's matchup between the 3-6 Giants and 6-3 Buccaneers — the point spread, moneyline and total over/under (with all NFL odds via FOX Bet).

Monday's contest will make it five consecutive seasons the teams have played each other, a rarity among non-divisional foes. They split the previous four games but the Giants lead the all-time series 16-9.

It was when the New England Patriots lost four in a row during the 2002 season. Giants quarterback Daniel Jones was 5 years old in 2002.

Brady continues to defy time as the 44-year-old quarterback is fifth in the NFL in passing yardage with 2,870, but Brady has played one or two fewer games than the four QBs ahead of him.

Brady leads the NFL in passing yards per game with 318.9 but faces a Giants defense that has an interception in six consecutive games, the longest active streak in the NFL.

Jones adds another dimension over Brady with 258 rushing yards, fifth among quarterbacks, with two touchdowns.

Jones and the Giants hope to get a boost with the return of running back Saquon Barkley. The No. 2 pick in 2018 has missed four games with an ankle injury but returned to practice and is expected to play.

But the Giants struggle finishing off drives. They have scored a touchdown on 11 of 25 (44 percent) of their red zone trips this season, the lowest percentage in the NFL.

The Giants are 0-5 in their past 5 Monday Night Football games, including a 20-17 loss to the Kansas City Chiefs on Nov. 1.

The Giants are 5-4 against the spread (ATS) this season.

The Buccaneers are 3-6 ATS.

The Buccaneers are 4-0 at home this season.