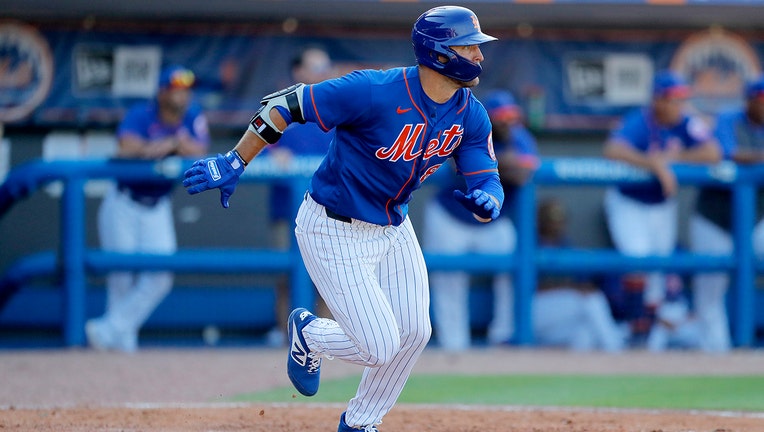 New York Mets' Tim Tebow runs out a ground out against the St. Louis Cardinals during the eighth inning of a spring training baseball game in Port St. Lucie, Fla., March 4, 2020. (AP)

NEW YORK - As the New York Mets work on their Opening Day lineup, the team made a series of roster moves on Friday, including reassigning outfielder Tim Tebow to minor league camp.

Tebow, a former quarterback for the Denver Broncos and New York Jets, was at Major League spring training with the Mets for the fourth straight year.

On Friday, Tebow, who is very vocal about his faith, tweeted about Jesus, although it is not clear if that was in response to the roster move.