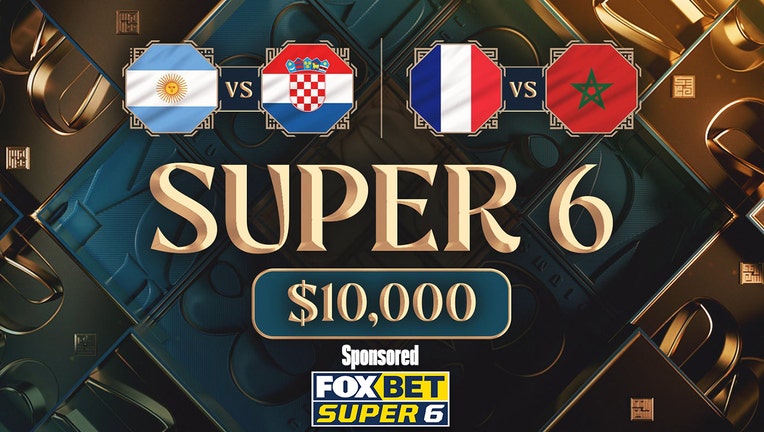 And then there were four. The road leading us to this final elite 2022 World Cup group has been brimming with twists and thrills. It has been filled with matches that have delivered epic triumphs and colossal upsets — the kinds of stratospheric highs and lows fit only for the global stage.

Argentina started its World Cup play on the proverbial bad foot, losing 2-1 in the opening round to Saudi Arabia. But La Albiceleste bounced back spectacularly and defeated Mexico, Poland, Australia and the Netherlands to land a spot in the semifinals.

Tuesday, Argentina faces Croatia — a team that many believe is destined for greatness after upsetting Neymar and Brazil in the quarterfinals on penalty kicks. If it can get past Argentina, the small but relentlessly mighty country will be headed to its second consecutive World Cup final.

France and Morocco are the other squads whose World Cup finals fate will be determined Wednesday in what will certainly be a competitive match.

France is the reigning World Cup champion, so that alone makes the stakes incredibly high for the French. With Golden Boot favorite Kylian Mbappé leading the charge, Les Bleus should be unstoppable. They did, after all, convincingly defeat Poland 3-1 and followed that up with a gutsy 2-1 victory over England.

But Morocco is not to be underestimated. As the first African country to reach the World Cup semifinals, the Moroccans have captured the hearts of those who cheer for the underdog. But Morocco is more than just an underdog; the Atlas Lions are a talented bunch of players whose squad boasts athletic midfielders such as Sofyan Amrabat and a solid goalkeeper in Yassine Bounou. The story for this team throughout has been defense, as it does not give up goals. This team has allowed just one goal through five games, which was an own goal.

The stakes are overwhelmingly high for these four squads, so it's only right that you have a chance to get in on this World Cup action, too.

That's where FOX Bet Super 6 has you covered!

FOX Bet Super 6 is a free-to-play contest where you pick six different outcomes from the marquee matchups between Argentina-Croatia and France-Morocco for a chance to win $10,000 in each contest. That's right — you have TWO chances at winning 10 grand!

Just download the FOX Bet Super 6 app on your phone or mobile device, make your picks and submit your selections before the matches kick off.

It's easy, it's fun to play and, more importantly, it's FREE!

If you answer all six questions in each contest and correctly predict all the outcomes, you could start your weekend with an extra $20K in your bank account.

Before you open up the contests and get in the game, here's a preview of the questions that you'll find in the app AND predictions at the end!

Question 1: Which team will have more possession and what will that percentage be?

Question 2: Which team will have the first card shown and in which minute? (Tie = no card)

Question 3: Which team will have the first goal and in which minute? (Tie = no goal)

Question 4: Which team will have more corner kicks and how many corners will there be combined?

Question 6: Who will win and what will the score be? (PKs = win in penalties)

Croatia has proven that it is the little country that won't quit. And while Argentina has mighty Lionel Messi on its side, this semifinal crown is Croatia's for the taking.

Yes, Argentina is the heavy betting favorite entering this match at FOX Bet, but the Croatians have proven that they are built for battle, no matter how bleak the outlook. Just look at how the team rallied against Brazil and achieved the seemingly impossible.

Remember, Croatia defeated La Albiceleste in the group stage four years ago. Yes, these semifinal stakes are higher now at this juncture than when these countries battled in the group stage in 2018. But we like Croatia to win in a massive upset on penalty kicks.

Question 1: Which team will have more tackles and how many will they have combined?

Question 2: Which team will have the first card shown and in which minute? (Tie = no card)

Question 3: Which team will have the first goal and in which minute? (Tie = no goal)

Question 4: Which team will have more corners and how many corners will there be combined?

Question 6: Who will win and what will the score be? (PKs = win in penalties)

France is the spot here.

Les Bleus are tried and true. And while it's easy to praise Kylian Mbappé for all that he is and all that he does for the French, it's hard not to. As Mbappé goes, so do the French. It's also worth noting that the French can rely on multifaceted midfielder Adrien Rabiot for production. Olivier Giroud isn't too shabby, either. Plain and simple, the French roster is loaded.

Morocco is a feel-good story for the ages. The Moroccans will certainly put up their best fight, but the French will be too tough a team for Morocco to get past.

Now it's your turn!

You have two chances at winning two separate $10,000 jackpots. So get ready to try your luck. Open your FOX Bet Super 6 app and make your selections for the contest featuring Argentina-Croatia before the game kicks off on Tuesday. And for the France-Morocco challenge, be sure to get your picks in before the match starts on Wednesday.

And remember, you can watch all the action right here on FOX and the FOX Sports App!