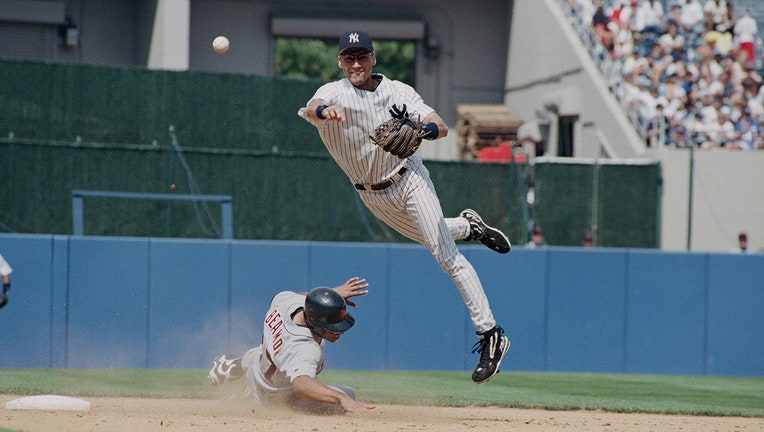 Dozens of players, managers, coaches, and executives with the Yankees came to respect Jeter as a player, team leader, inspiration, and immense talent. Many of them issued statements through the Yankees after the news broke of his inevitable election.

Here are some of those statements:

"A Derek Jeter comes along once in a generation. By August of 1996 his teammates started looking for him to set the tone and make things happen. Derek was comfortable in his own skin. On the biggest stage in sports, he was never afraid to fail and always kept the game fun. Derek respected the game, the fans, his teammates and his opponents. His character, determination and confidence are a wonderful reflection of how he was raised by his parents. It was a true privilege to watch Derek and to be his manager for 12 years. To this day, he still calls me 'Mr. Torre.' Today, it is a pleasure to say, 'Welcome to the Hall, Mr. Jeter!' You did it with class and grace." —Joe Torre, Yankees manager, 1996-2007, Hall of Famer

"I had the unique pleasure of being not just Derek Jeter's teammate, but also his manager. From a teammate perspective, I was always amazed how consistent he was on a daily basis and how no moment was ever too big for him. He played with skill, integrity, humility, grace, toughness and durability. From a manager's standpoint, Derek was what every manager wants in a player. He was always prepared both mentally and physically and a player that you could pencil in the lineup every day and know that he would do something to help you win that day." —Joe Girardi, Yankees catcher, 1996-1999; Yankees manager 2008-2017

"It's going to be a very special day standing next to Derek in Cooperstown this summer. He had such a deep desire to win, and that singular commitment to his team is what made him so special. Derek prided himself on being a consistent presence. No moment was too big. He was fearless, and he was the type of leader we knew we could count on year after year. I feel so fortunate that he was a teammate and friend for my entire career, and I congratulate him on this great honor." —Mariano Rivera, Yankees pitcher, 1995-2013, Hall of Famer

"Congratulations from the bottom of my heart on your election to the Hall of Fame. What a tremendous honor and what a great career. I loved turning around and seeing you, No. 2, out there at shortstop playing behind me. A couple of things separated you from all the other players I played with—and I played with a lot of great, great players. One was the will to win and the intensity you took to the field every day. Another was how you were always so steady. Being a big-league player can be an emotional roller coaster, and it was an honor watching you prepare each and every single day. You were the one player that I played with that never gave away an at-bat. It's why you're going where you're going. I'm proud of you." —Andy Pettitte, Yankees pitcher, 1995-2003, 2007-2010, 2012-2013

"My first recollection of Derek was in '92 or '93 when I saw this big wide-eyed skinny guy on the other side of the cage in Fort Lauderdale. I didn't see him again until '95 when he played a couple of games with the team. After that he was a mainstay with the team after they decided to give him the job in '96. According to him he said I didn't talk to him for the first three or four years of his career, but I have a different recollection of that! All kidding aside, I remember sitting in the back of the plane with him, playing my guitar, and if he was in a good mood, he'd sing a little Lionel Ritchie with me, but most of the time he'd tell me to shut up because I was being too loud. Derek, congratulations. It's a well-deserved honor. I'm proud to say that I was your teammate and your friend. You were the best teammate that anybody could ever have. You were the captain and carried that responsibility with dignity. Everything that is great about being a Yankee, you exemplified. I can't wait to celebrate with you this summer." —Bernie Williams, Yankees outfielder, 1991-2006

"Derek, I'll never forget Opening Day 1996. You had a Hall of Fame day as your first day as the everyday shortstop, going 2-for-4 with a big home run and an unbelievable catch over your shoulder. Twenty years later you never slowed down. You are one of the greatest to play the game without a doubt, and you are the most even-keeled, turn-the-page-type player I have ever been around. Congratulations on making the Hall of Fame, brother—well-deserved!" —David Cone, Yankees pitcher, 1995-2000

"Jete, what can I say? Congratulations to you on your induction to the Hall of Fame. You are the face of the Yankees. Great teams have great players and you were the guy everybody associated the Yankees with. It was no big surprise that your career was phenomenal." —Paul O'Neill, Yankees outfielder, 1993-2001

"Congratulations to Derek on being elected into the Baseball Hall of Fame. I think we all knew this day was coming, and I have been blessed to have had a front row seat on the ride. For me, just watching Derek over the years, just seeing him at his best when the games were the biggest—he's a true Hall of Famer." —Don Mattingly, Yankees player, 1982-1995; Yankees coach, 2004-2007

"When we drafted Derek Jeter with the sixth pick in the 1992 draft, he had obvious physical talent, however what truly set him apart and put him on the path to Cooperstown was his burning desire to win and a personal drive to be the very best player he could be. From the outset, he played the game the right way, and his confidence was contagious. So often it felt that he would not be denied, and that belief rubbed off on his teammates, leading to so many victories over so many years. He provided countless memories for our fans, and it's clear how much he will always mean to them. Thanks to Derek, we reached the pinnacle of the baseball world five times, and he will forever be a defining player of his generation. Congratulations on an honor well-earned." —Brian Cashman, Yankees senior vice president and general manager

"Every accolade that has been bestowed on Derek throughout his career has been earned and deserved. He was a captain and champion in every sense of the word, a man who embodied our traditions and expectations with an unmistakable grace and dignified resolve. Derek's legacy as one of the most beloved and charitable players in the last quarter century cements his place in baseball history. As he is immortalized in Cooperstown this summer, we proudly reflect on the honor he brought the Yankees franchise, the New York community, and the great game of baseball." —Hal Steinbrenner, Yankees managing general partner