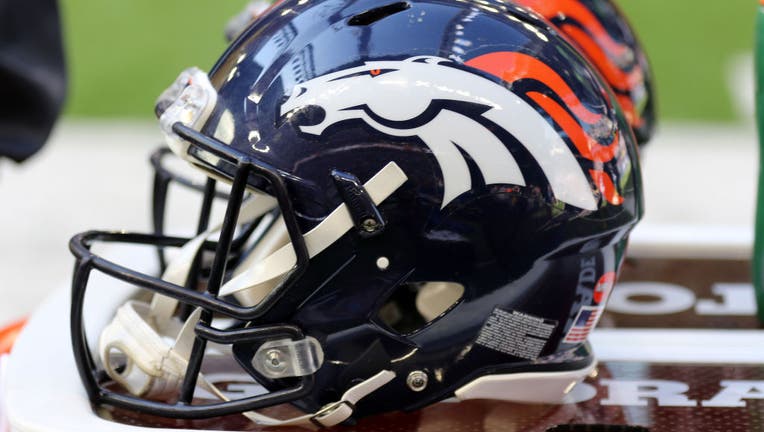 INDIANAPOLIS, INDIANA - OCTOBER 27: A Denver Broncos helmet on the sidelines in the game against the Indianapolis Colts at Lucas Oil Stadium on October 27, 2019 in Indianapolis, Indiana. (Photo by Justin Casterline/Getty Images)

The Denver Broncos have agreed to sell the franchise to current Walmart heir Rob Walton and his family for a record-setting price tag.

In a statement, Broncos CEO and president Joe Ellis confirmed the sale agreement with Walton, 77, his daughter, Carrie Walton-Penner, and his son-in-law, Greg Penner.

"I have enjoyed getting to know Rob Walton, Carrie Walton-Penner and Greg Penner throughout this process,'' Ellis said Tuesday. "Learning more about their background and vision for the Denver Broncos, I am confident that their leadership and support will help this team achieve great things on and off the field."

"I sincerely appreciate the cooperation of our football leadership, executive team and staffs at both UCHealth Training Center and Empower Field at Mile High over the last few months and years. We also want to recognize the work of Allen & Company and Proskauer Rose, which have guided us through this process in a timely and efficient manner," he added.

The exact terms of the sale were not disclosed, but 9News Denver reported that Walton will pay $4.65 billion for the franchise. That is more than double the most recent sale price for an NFL team, and it would establish a new record for the sale of an American sports franchise.

Ellis clarified the agreement must still be approved, via NFL protocols, by a majority of current owners.

"While this purchase and sale agreement is pending approval from the NFL’s finance committee and league ownership, today marks a significant step on the path to an exciting new chapter in Broncos history," he said.

The deal must now be approved by 24 of 32 current owners.

Walton and Penner shared their own statement announcing their excitement and thanking Ellis and the Broncos.

"We are thrilled to be selected to move forward with the purchase of the Denver Broncos! Carrie, Greg and I are inspired by the opportunity to steward this great organization in a vibrant community full of opportunity and passionate fans," the family said.

"Having lived and worked in Colorado, we’ve always admired the Broncos. Our enthusiasm has only grown as we’ve learned more about the team, staff and Broncos Country over the last few months," the statement added.

"Mellody currently serves as Chair of the Board of Starbucks Corporation and is also a director of JPMorgan Chase. We know she will bring her strategic acumen and leadership perspective to our team," the statement said.

"Thank you to Joe Ellis and the staff of the Broncos for the first-class manner in which they have conducted this sale process. In addition, we thank Hogan Lovells for their guidance and support in this effort," it added.

And: "We look forward to earning the confidence and support of the NFL as we take the next step in this process. When the necessary approval procedures are met, our family is excited to share more with Broncos fans, the organization and the community."

The team owners are expected to host a meeting next month to consider the sale, 9News Denver reported.

According to the report, Rob Walton's net worth ranges between $60 and $70 billion.