Kyler Murray injures knee in Cardinals' loss to the Patriots

GLENDALE, Ariz. - Arizona Cardinals quarterback Kyler Murray will miss the rest of the season after tearing his ACL during Monday night's game against the New England Patriots.

Murray went down on the third play of the game. He was flushed out of the pocket and running to his right when he tried to juke past a Patriots defender, but tumbled to the grass in obvious pain.

Players from both teams surrounded the quarterback before he was carted off the field with a towel draped over his head.

"Minor setback for a major comeback," the Cardinals tweeted on Dec. 13. "We know @K1 will be back and better than ever. Heal soon QB1."

In a press conference Tuesday, head coach Kliff Kingsbury said "he'll be done for the year" and that it's "tough to see." 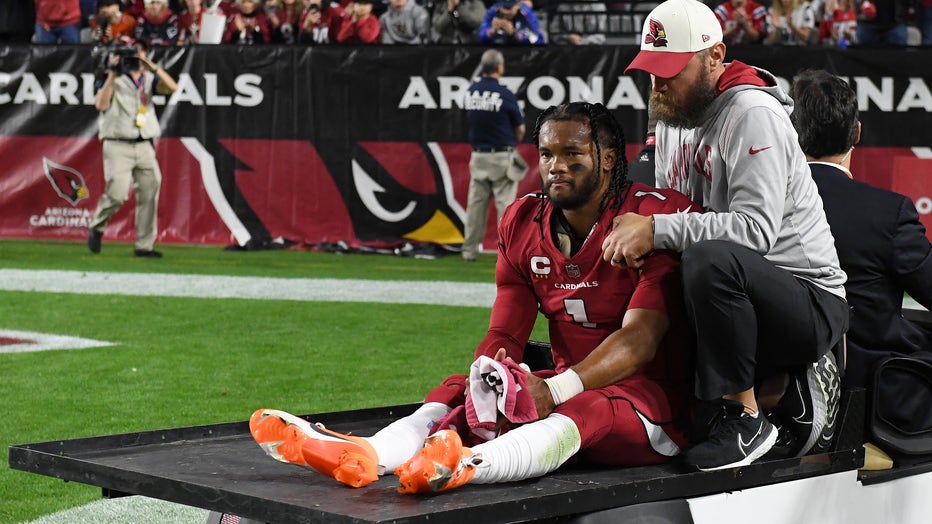 GLENDALE, ARIZONA - DECEMBER 12: Kyler Murray #1 of the Arizona Cardinals is carted off the field after being injured against the New England Patriots during the first quarter of the game at State Farm Stadium on December 12, 2022 in Glendale, Arizon (Photo by Norm Hall/Getty Images)