TAMPA, Fla. - For the first 10 minutes of the Buccaneers’ three-day mandatory minicamp Tuesday, there were no sign of Tom Brady. He was a little late arriving, but he quickly jumped into the practice and showed no limitations.

Brady is fully back.

"The doctors and him both said he was good to go," said head coach Bruce Arians. "Just still be careful with what we’re doing with him. But trying to stop him from playing is pretty tough."

The Bucs limited video recording of practice to just the first 20 minutes, but when the cameras turned off, Brady lit up, completing over 90% of his passes. Not bad for a player that Bruce Arians thought a few weeks ago would be relegated to just coaching during this camp. 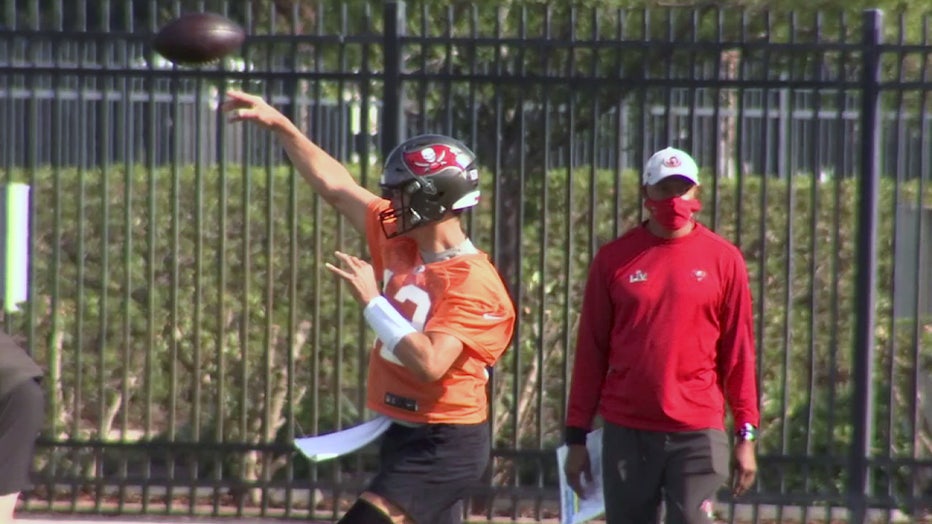 "He looked fine," continued Arians. "I had to pull him out a couple [times]. That first period, I said, 'OK, you can have four [reps].’  He kept begging to go back in. But the only thing I didn't want him in was the blitz period, where some guys might get around him too quick."

"It's a little weird because you hear about his injury, but as far as day-to-day, it doesn't seem like he just had an operation," offered Chris Godwin. "He does a really good job of being a professional and bringing his A game."

PREVIOUS: Tom Brady expects to be ready for minicamp after knee surgery

This three-day minicamp is the only time that Arians and his staff will get to work with the entire team during the offseason. After Thursday, the next time the Bucs will hit the field will be training camp in July. 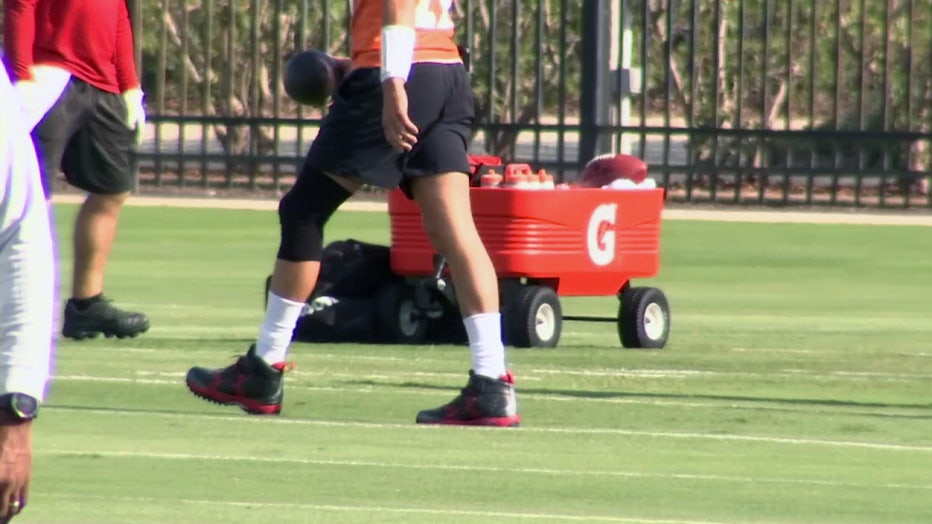 Tom Brady arrived with a sleeve over his surgically-repaired knee.

Arians’ goal for this camp is to set the bar of expectations.

"Set the tempo for where we are and where we want to be," he added. "By the time we leave, we'll have 90% of the playbook in. Making sure that we're not behind anybody when we come back in. Give them a lot of things to go work on their own on."