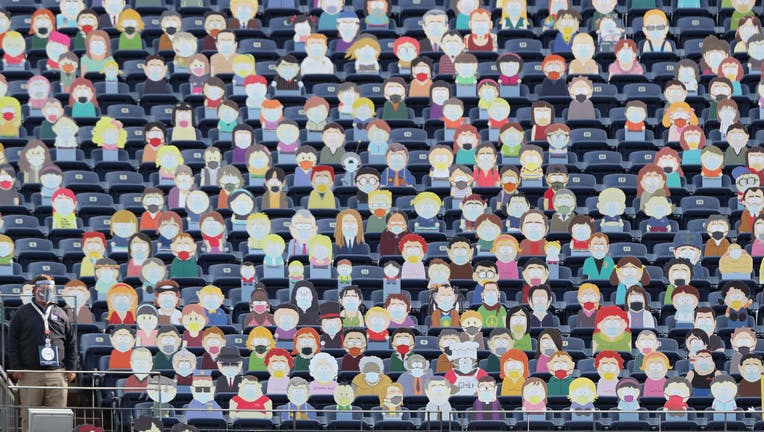 Cardboard cutouts of the television show 'South Park' are seen in the stands as the Tampa Bay Buccaneers play against the Denver Broncos during the second half at Empower Field At Mile High on September 27, 2020 in Denver, Colorado. (Photo by Matthew

DENVER - The Denver Broncos took on the Tampa Bay Buccaneers Sunday in front of 5,700 screaming fans, and a generous number of silent ones.

The stadium can seat 76,124 people. But the franchise held its capacity to just 7.5% amid the coronavirus pandemic.

Sports teams in many leagues have had to get creative without the presence of fans in the stands. Some erected screens that display fans watching from home.

Show creators Trey Parker and Matt Stone, who are major Broncos fans, came up with the concept for “South Park” while attending the University of Colorado, according to The Hollywood Reporter.