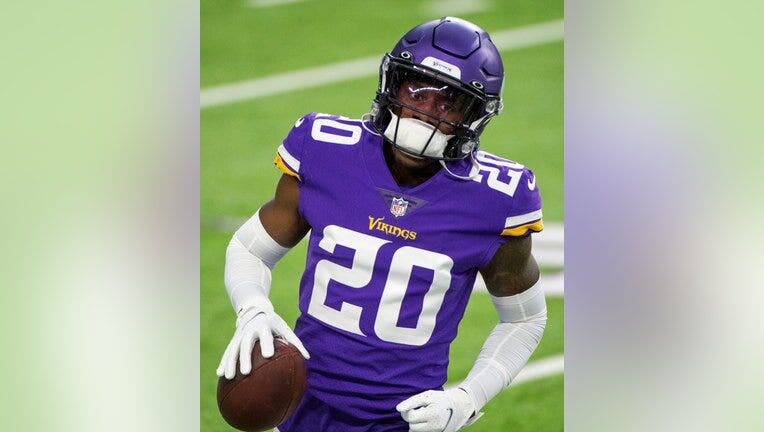 MINNEAPOLIS, MN - NOVEMBER 29: Jeff Gladney #20 of the Minnesota Vikings warms up before the game against the Carolina Panthers at U.S. Bank Stadium on November 29, 2020 in Minneapolis, Minnesota. (Photo by Stephen Maturen/Getty Images)

DALLAS - Arizona Cardinals cornerback Jeff Gladney has died, the team announced on May 30. He was 25.

Officials with the sheriff's department in the Dallas, Texas area believe Gladney was speeding in his Mercedes when he hit a second car. Nobody was injured in that second car. Deputies say he also hit a bridge support, and the car burst into flames. A female passenger in the car also died.

"We are devastated to learn of Jeff Gladney’s passing. Our hearts go out to his family, friends and all who are mourning this tremendous loss."

Gladney, 25, signed a two-year contract with the Cardinals in March. He did not play during the 2021 season after being arrested after allegedly assaulting a woman. He was released by the Minnesota Vikings after he was indicted by a grand jury. Gladney was found not guilty before being signed by the Cardinals.

Gladney a first-round pick out of TCU, played in all 16 games as a rookie during the 2020 season and had 81 tackles and seven tackles for loss.

"Our TCU Athletics family, and especially our football program, was very devastated to learn of the passing of Jeff Gladney. After earning his degree and continuing his playing career in the NFL, Jeff maintained his close ties to TCU. He loved everything about his alma mater. He was a frequent visitor to campus and was at our spring practices and spring game this year, proudly joined by his young son. He will be missed by our entire community. Our thoughts, prayers and deepest condolences go to Jeff’s family, friends and TCU teammates," read a statement released by TCU Director of Intercollegiate Athletics, Heremiah Donati.

As the sports world reacts to Gladney's passing, members of Gladney's family are also speaking out.

He has a baby, Kingston. He’s gonna have to grow up without his father. It’s just heartbreaking, but especially his mom and dad, because it's her baby boy," said Gladney's cousin, Sharonda Francois.

Leslie Henderson, who played football with Gladney in high school, also talked about his old teammate.

"A friend, a brother, a mentor. Neighborhood hero," said Henderson.