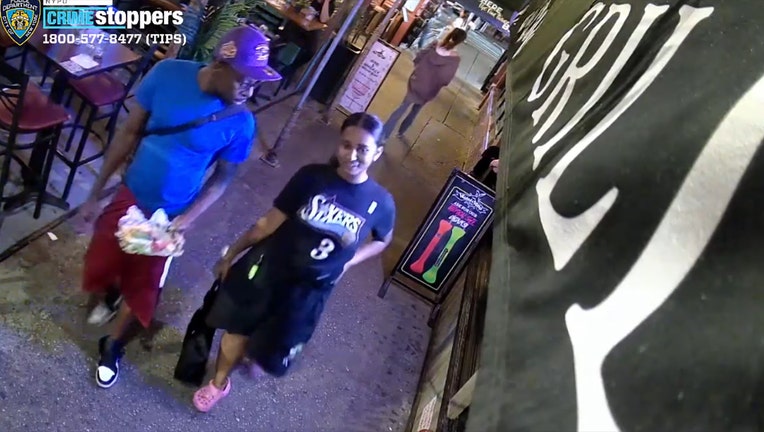 The NYPD is looking for two people who attacked a woman to rob her through her phone.

NEW YORK - A woman was attacked and robbed of her phone.  The robbers then used the Zelle payment app on her phone to transfer $750 to themselves.

The 23-year-old woman was walking in Greenwich Village when two people approached her.  They punched her and kicked her in the head, forcibly removed her phone, and transferred the money before taking off.

The woman sustained scratches and bruising to the head and about her body.  EMS took her to Beth Israel Hospital for treatment.

New York City Police Department officials released a photo this week of the people they are looking for in connection with the attack.

Anyone with information is asked to call the NYPD's Crime Stoppers Hotline.