Murder suspect, representing himself, questions son who was home during alleged killings

The boy was just 8 years old when he said Oneal, his father, attacked him after murdering his mom and 9-year-old sister.  He bravely faced his father today.

Testifying remotely, the boy described that horrific night in March of 2018. The state had him walk jurors through what he remembers.

"I just saw my dad holding a shotgun and my mom, like, screaming at him," he recalled.

The boy's name is also Ronnie, although he now has a different last name after being adopted by one of the detectives in the case. His father, Ronnie Oneal III, is accused of brutally murdering his girlfriend, Kenyatta Baron, and his 9-year-old daughter, Ron’Niveya. 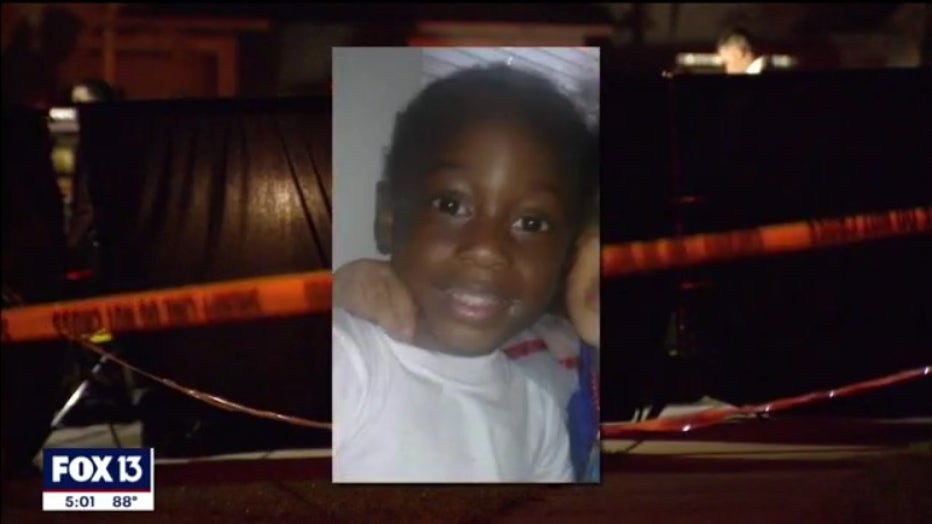 Investigators have said he shot Kenyatta and beat her with a shotgun, used a hatchet to stab his daughter repeatedly, then stabbed his young son before lighting the boy and their house on fire.

Deputies testified Tuesday that moments after their arrival, Oneal's son staggered out of the home, suffering from several stab wounds and severe burns.

Wednesday morning, little Ronnie himself detailed how the murderous rampage unfolded that night.

"My mom ran to my sister's room and into the closet," he testified. "Then, like, my dad said, ‘Come in here, come kill this B-word," he said, adding that he heard a shotgun blast.

The boy went on to explain how he witnessed his father kill his sister, striking her twice with an axe.

"There was blood everywhere," he slowly said. "Then he lighted something with a tissue and a match."

That's when, he said, his father turned on him.

"He tried to light the match and put me on fire," young Ronnie continued. "I got up and ran into the kitchen." 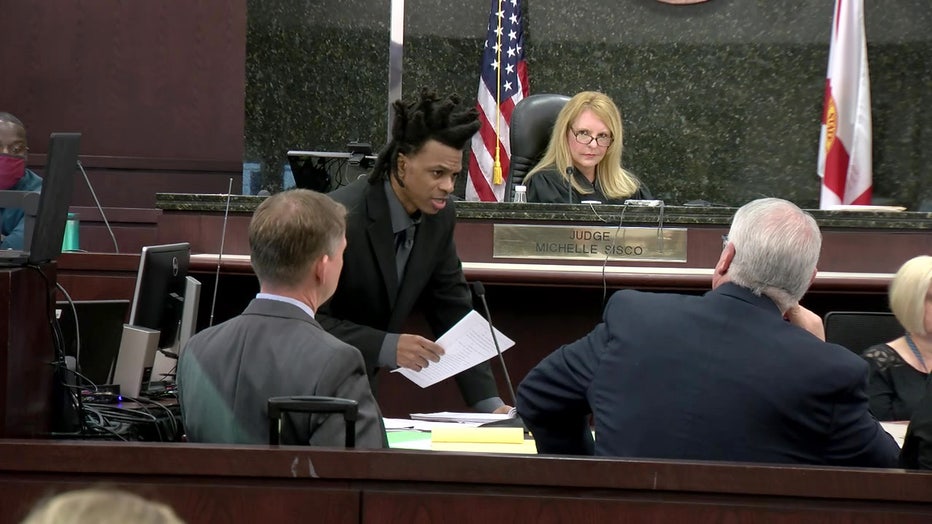 Later, Oneal, who is acting as his own attorney, got the chance to cross examine his son.

The elder Oneal appeared to be pointing out that his son's comments during testimony conflicted with what he’s told detectives and attorneys during the last few years. But during that exchange, young Ronnie directly implicated his father.

"Did I hurt you that night of this incident?" Oneal asked.

"How did I hurt you?" Oneal continued.

"You stabbed me," the boy stated.

Choosing to represent himself, Ronnie O'Neal gave his own opening statements on Monday morning claiming officials tampered with evidence. He is accused of murdering his girlfriend and daughter in 2018.

The judge commended Oneal on how he conducted himself this morning and said she's putting on the record that he appears very competent to continue standing trial.

Those comments came after Oneal shouted at jurors during his opening statement Monday.