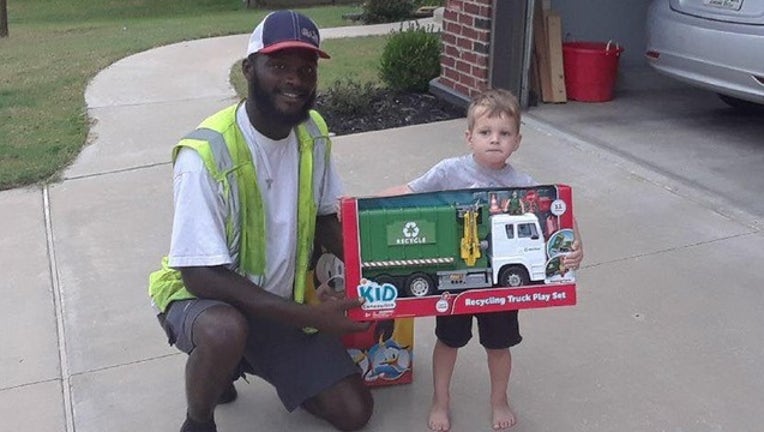 They said that sanitation worker Aaron Mitchell would regularly see and interact with a young buy while completing his route. The child would be outside to greet the trash men and trash truck regularly, sometimes even in 30 degree or 100 degree weather. The crew became friends with the boy and his family.

Last Thursday, Aaron reportedly delivered a brand-new toy recycle truck to the young boy. It was given to him in a Mickey Mouse gift bag with tissue paper and a smile.

"This was done by Mr. Mitchell’s own generosity," the City of Jenks said. "Thank you Mr. Mitchell, and the whole crew from American Waste Control, for making this little boy’s day and keeping our community clean!"