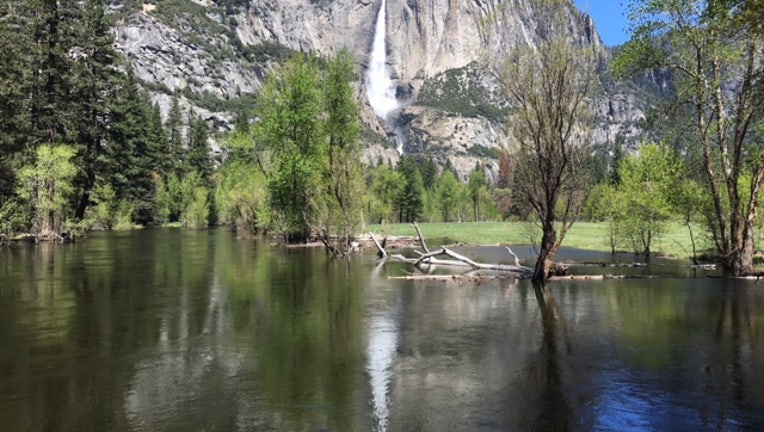 CHEYENNE, Wyoming - Three of America’s most well-known national parks — Yellowstone, Grand Teton, and the Great Smoky Mountains — closed their gates Tuesday as people shut in because of the coronavirus lost more options for recreation.

They join a growing list of parks closing despite an announcement last week by Interior Secretary David Bernhardt that the agency would temporarily waive entrance fees at national parks, monuments and wildlife refuges to make it easier for people to get outdoors and “implement some social distancing.”

Yellowstone, the world’s first national park, and neighboring Grand Teton, announced their closures hours after the Great Smoky Mountains in Tennessee. They follow closures at Yosemite in California and Rocky Mountain in Colorado in previous days.

The National Park Service also previously closed the Statue of Liberty and Ellis Island in New York Harbor and Alcatraz in San Francisco.

Other parks have closed shuttles, campgrounds, visitor centers and some trails to prevent the spread of COVID-19.

The decision to close Yellowstone came after Montana Gov. Steve Bullock and local officials urged the park to keep visitors out to prevent the spread of the coronavirus.

“The National Park Service listened to the concerns from our local partners and, based on current health guidance, temporarily closed the parks,” said Yellowstone Superintendent Cam Sholly and Grand Teton acting Superintendent Gopaul Noojibail in a news release.

Great Smoky Mountains will close Tuesday through at least April 6. Around 30,000 people entered the park each day last week and some popular sites like Laurel Falls, Newfound Gap and Cades Cove were congested, according to a news release.

Rocky Mountain National Park closed indefinitely on Friday after a local mayor asked Bernhardt to do so to protect the gateway town of Estes Park.

“He expressed that he doesn’t take it lightly when people ask him to shut down a national park, that these are places for people to enjoy and it should take something extraordinary to shut them down,” Mayor Todd Jirsa said.

He added that social distancing is difficult in winter time when a lot of visitors congregate at a few popular locations.

Yosemite, whose striking features like Half-Dome draws about 4 million visitors a year, closed indefinitely on Friday to all except park employees, concessionaires and residents with homes inside the park’s boundaries.

Zion National Park in Utah announced Monday it is closing its campgrounds and part of a popular trail called Angel’s Landing that is often crowded with people. The top part of the hike that is being closed is bordered by steep drops and ascends some 1,500 feet (457 meters) above the southern Utah park’s red-rock cliffs, offering sweeping views. Park officials had previously closed shuttles used to take people through the a narrow canyon.

The only other time Yellowstone has closed to all visitors was when massive wildfires burned over one-third of the park in 1988, Yellowstone historian Tamsen Emerson Hert said Tuesday. Tourism even continued during World War I and World War II, though the park’s hotels closed, she said.

The Yellowstone closure came at a quiet time for the park. Winter season — when roads are groomed for snowmobiles, snow coaches and cross-country skiers — ended March 15. As a result, the shutdown doesn’t immediately affect three other Yellowstone gateway communities — Cody and Jackson, Wyoming, and West Yellowstone, Montana — where the park’s east, south and west entrances don’t normally open until late April or early May.

Plowing usually continues through May and of Yellowstone’s roads are usually open by Memorial Day.