Yonkers Police said an unlicensed 16-year-old speeding in a BMW M5 crashed into a police car, killing a veteran sergeant.

YONKERS, N.Y. - An unlicensed 16-year-old driving a BMW M5 at a "high rate of speed" lost control, crossed into oncoming traffic, and crashed into a bus and a police car, killing a veteran police sergeant in Westchester County on Thursday afternoon, a police official said.

The BMW was traveling eastbound on Tuckahoe Road in Yonkers at about 3:30 p.m. when it veered out of control and into the westbound lanes, Yonkers Police Commissioner Christopher Sapienza said at a news conference on Friday. The car slammed into a Westchester County Bee-Line bus and an unmarked police vehicle.

Sgt. Frank Gualdino, 53, who was driving the police car, died at a hospital. The bus driver is expected to recover from some injuries, police said. Several of the roughly 30 passengers on the bus were treated at the scene for minor injuries.

Yonkers Police Commissioner Christopher Sapienza identified the officer killed in a crash as Sgt. Frank Gualdino, a 24-year veteran of the department. Sapienza said a 16-year-old at the wheel of a BMW M5 apparently lost control and crashed into the sergeant's police car. 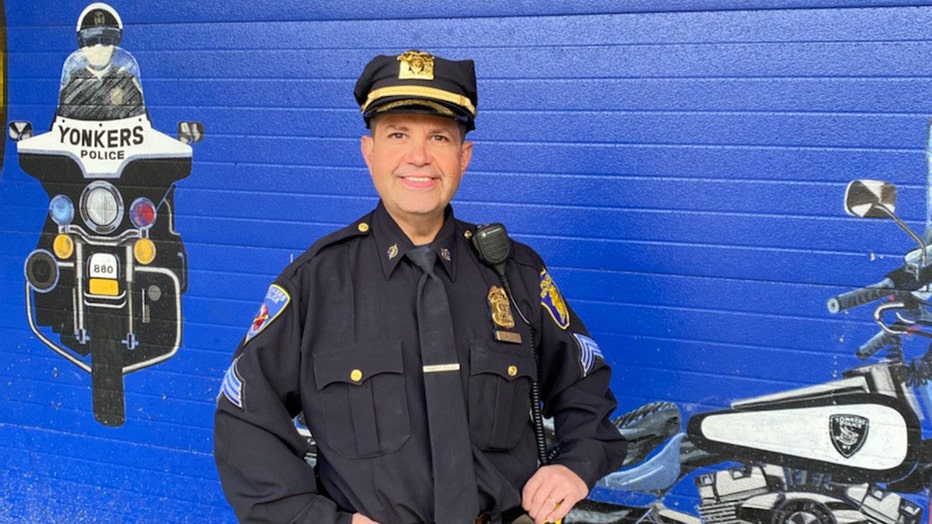 Gualdino, the supervisor of the traffic unit, joined the Yonkers Police Department in 1998 and was due to retire in August 2023, the commissioner said. He leaves behind a wife and two children.

The teenage driver of the BMW, who was alone in the car, remains in critical condition, Sapienza said. He has only a learner's permit, which he received less than three weeks ago, police said. He is a resident of Yonkers.

"You have a 16-year-old unlicensed driver in a fast sports car, somehow this became weaponized in a sports car," Sapienza said. "This isn't a routine traffic accident. This is a 16-year-old kid driving recklessly and as a result someone has died." 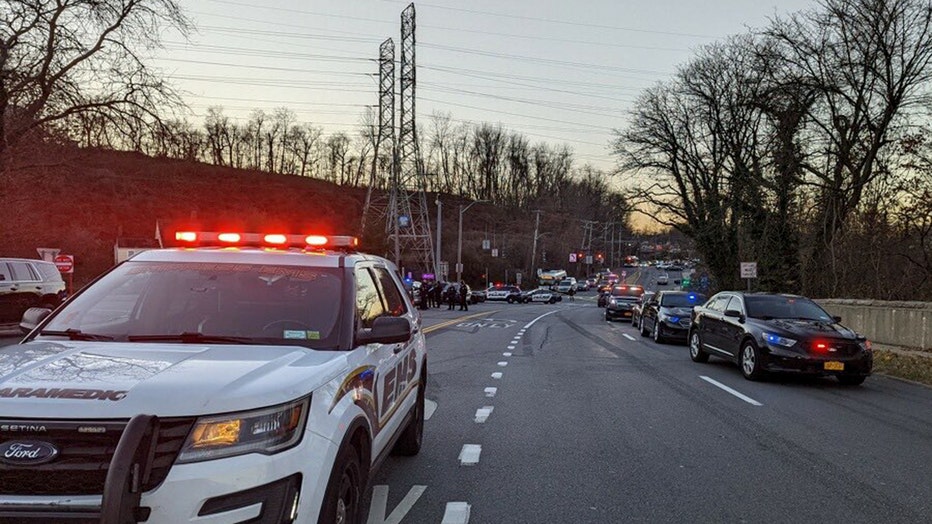 A police sergeant was killed in a crash on Tuckahoe Roads in Yonkers, N.Y., Thursday, Dec. 1, 2022. (Yonkers Police Photo)