The 65-year-old civil rights activist spoke June 4 during a memorial in Minneapolis.

NEW HAVEN, Conn. - As protests against police brutality and systemic racism have swept across the country following the death of George Floyd, many have been encouraged to educate themselves on the history of the black experience in the U.S. as a way to help contextualize recent events.

Yale University offers a free course, called “African American History: From Emancipation to the Present,” which covers many key events in black history from 1863 to the present day.

The recorded lectures cover the end of the Civil War and the beginning of Reconstruction, urbanization experiences of African Americans, as well as the development of the modern civil rights movement and its aftermath. 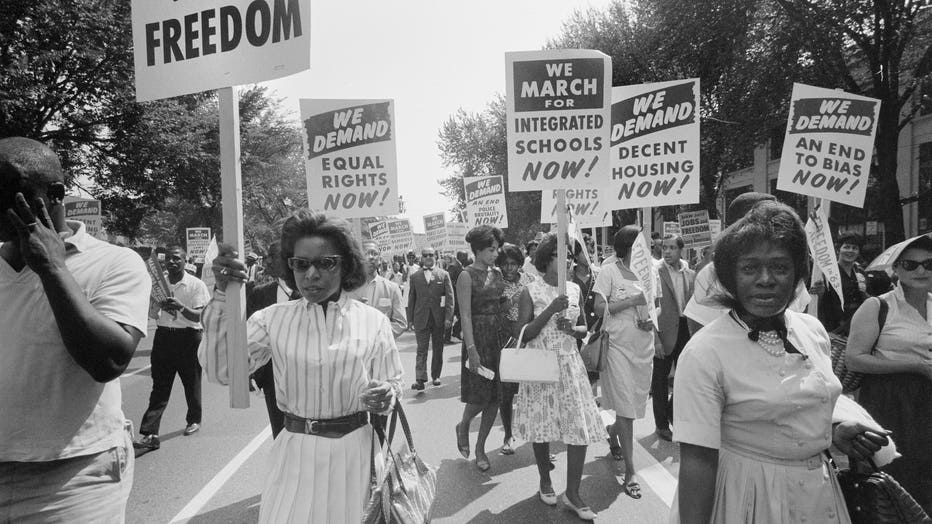 The course is taught by Jonathan Holloway, a former Yale professor of History and African American Studies, and was recorded in 2010.

Holloway, who earned his Ph.D. from the Ivy League school in 1995, is the author of “Jim Crow Wisdom: Memory and Identity in Black America Since 1940” and “Confronting the Veil: Abram Harris Jr., E. Franklin Frazier, and Ralph Bunche, 1919-1941.” He is currently the Provost of Northwestern University and was named the next president of Rutgers University.

To dive into the full course, the time commitment is about 2 hours per week for approximately 13 weeks.

It’s part of the university’s Open Yale Courses, which provides free access to a number of introductory lessons taught by distinguished Yale University teachers and scholars.

All lectures were recorded at Yale and are available in video, audio and text transcript formats.

Yale’s free courses are funded by the William and Flora Hewlett Foundation, a charity established by William Hewlett of the Hewlett-Packard Company that aims to make high-quality educational opportunities more broadly available, among other initiatives.

Another course the school offers is called “The Civil War and Reconstruction Era, 1845-1877,” which explores the causes and consequences of the American Civil War — including the impact of slavery, race and emancipation as personal and national problems.