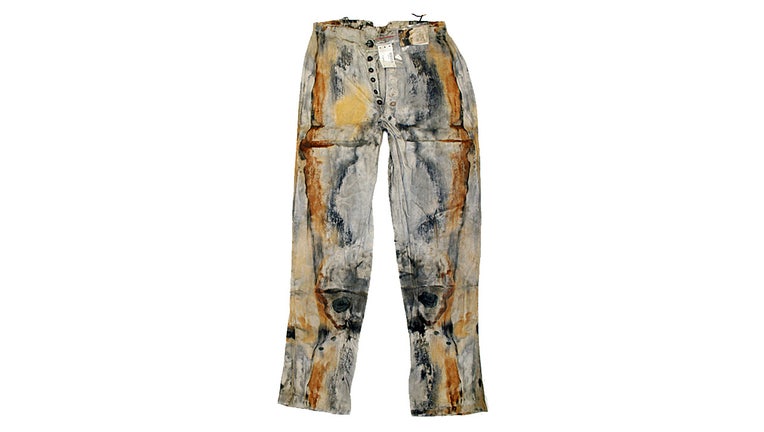 RENO, Nev. - Pulled from a sunken trunk at an 1857 shipwreck off the coast of North Carolina, work pants that auction officials describe as the oldest known pair of jeans in the world have sold for $114,000.

The white, heavy-duty miner's pants with a five-button fly were among 270 Gold Rush-era artifacts that sold for a total of nearly $1 million in Reno last weekend, according to Holabird Western American Collections.

There’s disagreement about whether the pricey pants have any ties to the father of modern-day blue jeans, Levi Strauss, as they predate by 16 years the first pair officially manufactured by his San Francisco-based Levi Strauss & Co. in 1873. Some say historical evidence suggests there are links to Strauss, who was a wealthy wholesaler of dry goods at the time, and the pants could be a very early version of what would become the iconic jeans.

But the company's historian and archive director, Tracey Panek, says any claims about their origin are "speculation."

"The pants are not Levi’s nor do I believe they are miner’s work pants," she wrote in an email to The Associated Press.

Regardless of their origin, there’s no denying the pants were made before the S.S. Central America sank in a hurricane on Sept. 12, 1857, packed with passengers who began their journey in San Francisco and were on their way to New York via Panama. And there's no indication older work pants dating to the Gold Rush-era exist.

"Those miner’s jeans are like the first flag on the moon, a historic moment in history," said Dwight Manley, managing partner of the California Gold Marketing Group, which owns the artifacts and put them up for auction.

Other auction items that had been entombed for more than a century in the ship's wreckage 7,200 feet (2,195 meters) below the surface of the Atlantic Ocean included the purser’s keys to the treasure room where tons of Gold Rush coins and assayers ingots were stored. It sold for $103,200. 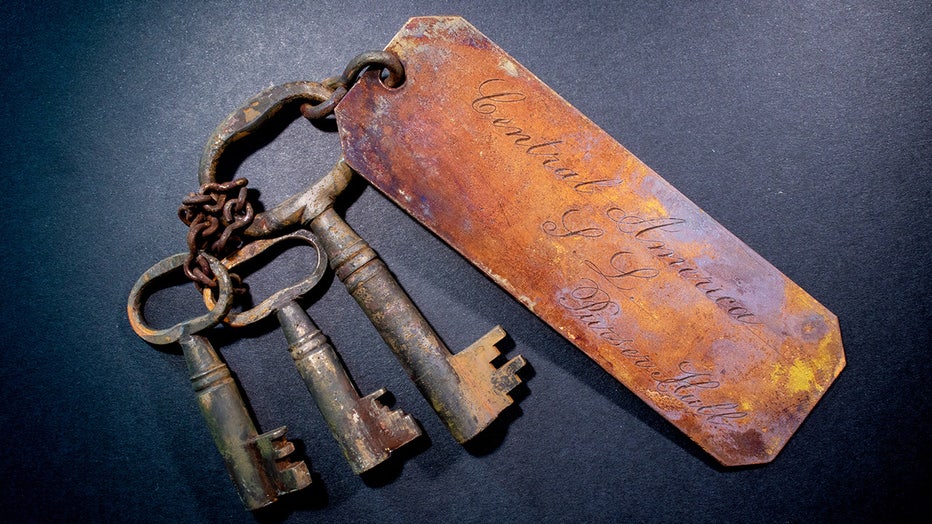 Tens of millions of dollars worth of gold has been sold since shipwreck recovery began in 1988. But last Saturday marked the first time any artifacts hit the auction block. Another auction is planned in February.

"There has never been anything like the scope of these recovered artifacts, which represented a time capsule of daily life during the Gold Rush," said Fred Holabird, president of the auction company. 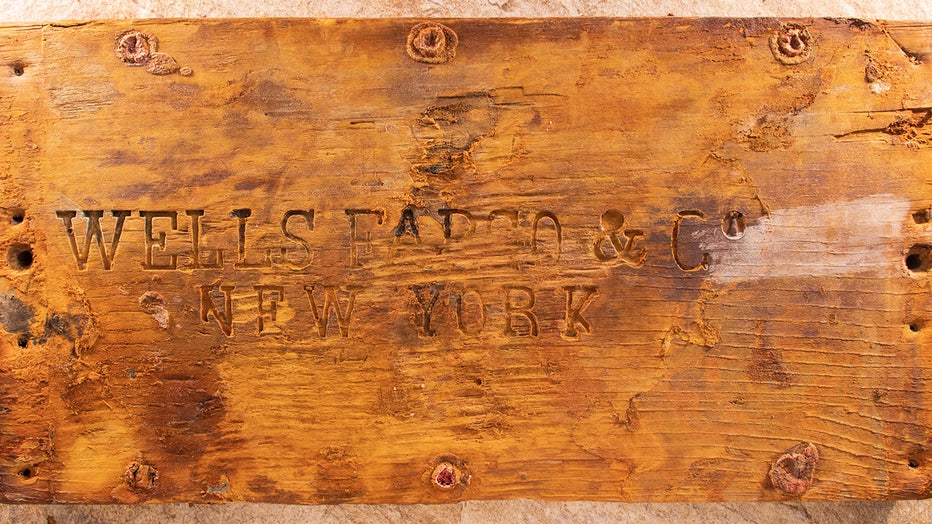 The unique mix of artifacts from high society San Franciscans to blue-collar workers piqued the interest of historians and collectors alike. The pants came from the trunk of an Oregon man, John Dement, who served in the Mexican-American War.

"At the end of the day, nobody can say these are or are not Levi’s with 100% certainty," Manley said. But "these are the only known Gold Rush jean ... not present in any collection in the world."

Holabird, considered a Gold Rush-era expert in his over 50 years as a scientist and historian, agreed: "So far, no museum has come forward with another."

She said before the auction that the shipwreck pants have no company branding — no "patches, buttons or even rivets, the innovation patented in 1873."

Panek added in emails to AP this week that the pants "are not typical of miner’s work pants in our archives." She cited the color, "unusual fly design with extra side buttonholes" and the non-denim fabric that’s lighter weight "than cloth used for its earliest riveted clothing."

Holabird said he told Panek while she examined the pants in Reno last week there was no way to compare them historically or scientifically to those made in 1873.

Everything had changed — the materials, product availability, manufacturing techniques and market distribution — between 1857 and the time Strauss came out with a rivet-enforced pocket, Holabird said. He said Panek didn't disagree with him.

Levi Strauss & Co. has long maintained that up until 1873, the company was strictly a wholesaler and did no manufacturing of clothing.

Holabird believes the pants were made by a subcontractor for Strauss. He decided to "follow the money — follow the gold" and discovered Strauss' had a market reach and sales "on a level never seen before."

"Strauss was the largest single merchant to ship gold out of California in the 1857-1858 period," Holabird said.

"Strauss is selling to every decent-sized dry goods store in the California gold regions, probably hundreds of them — from Shasta to Sonora and beyond," Holabird said. "This guy was an absolute marketing genius, unforeseen."

"In short, his huge sales create a cause to be manufactured. He would have to contract with producers for an entire production run."