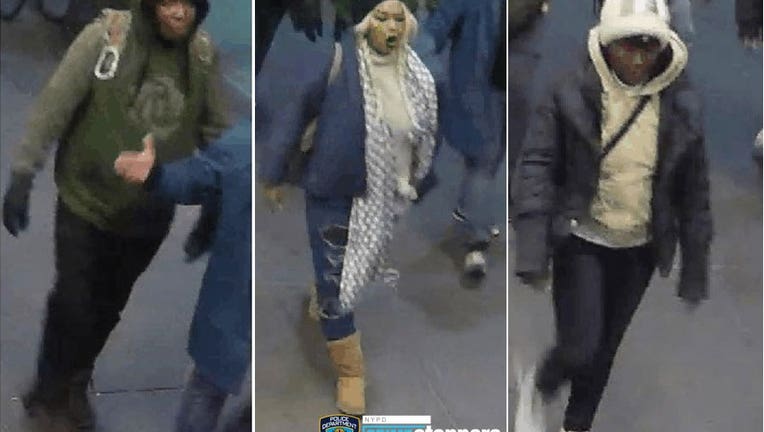 NEW YORK - Police in New York are looking for three women who are wanted for attacking and robbing a man outside of the 34th Street PATH station in Midtown Manhattan.

It happened around 5:30 a.m. on Saturday, October 19, 2019.  A 41-year-old man was walking towards the New Jersey-bound PATH train when three unidentified females pushed him down on the ground.

The females hit the man several times with a blunt object and stole his wallet and phone.

The man took the train to New Jersey where he was treated at a hospital multiple bruises, lacerations to his head, arms, and legs.