A woman who gave birth to a boy she carried inside a transplanted womb said Thursday that the experimental procedure delivered a “miracle.” FOX 29's Alex George has more.

PHILADELPHIA - A woman who gave birth to a boy she carried inside a transplanted womb said Thursday that the experimental procedure delivered a “miracle.”

Jennifer Gobrecht and her husband, Drew Gobrecht, appeared Thursday at a news conference in Philadelphia. Their child, Benjamin, was the first baby born as part of Penn Medicine’s 2-year-old uterine transplant trial, and the second baby in the United States to be born to the recipient of a uterus transplant, according to Penn.

Jennifer Gobrecht, 33, who was born without a uterus, underwent a 10-hour transplant procedure in 2018. The uterus came from a deceased donor.

“This journey has not been easy, but every time I look at Benjamin’s face, I know it was worth it,” she said. “Benjamin is truly a miracle, and we feel beyond lucky to have him.” 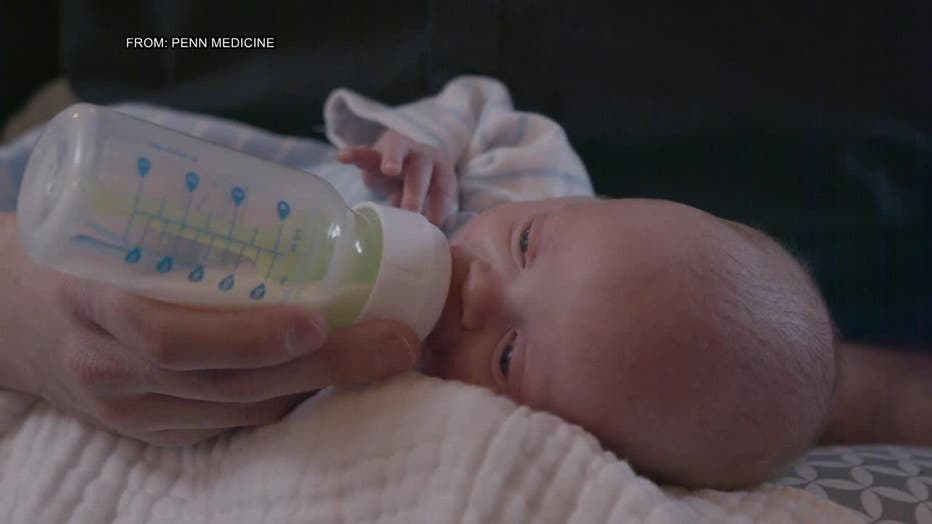 Benjamin Thomas Gobrecht is described as a miracle baby.

There have been about 70 uterus transplants performed worldwide. Penn Medicine said its trial is one of the few to accept donations from both living and deceased donors, an approach it said that could pay dividends in the form of an expanded pool of donor organs. Most transplant programs accept only from living donors, according to Penn.

Some medical ethicists and transplant experts have expressed concerns about uterine transplants, questioning whether the benefit justifies the risk.

But Dr. Kathleen O’Neill, one of the lead trial investigators at Penn, said uterine transplantation could give couples like the Gobrechts another option besides adoption and the use of a gestational carrier.

“Uterus transplant is the only path to parenthood that will actually allow these women to carry their own pregnancies,” she said.

Penn said trial participants will be followed for five to 10 years, from in vitro fertilization through long-term follow-up after delivery. Because of the risk of rejection, women with transplanted uteruses have hysterectomies after giving birth.

Gobrecht has Mayer-Rokitansky-Kuster-Hauser syndrome, a congenital condition that occurs in 1 of every 4,500 females. She learned at age 17 she wouldn’t be able to carry a child.

“That was a very difficult thing to hear as a teenage girl who had dreams of being a loving mother,” Gobrecht said. “Like many young girls, I dreamed of how it would feel to grow a baby in my womb, to feel them kick inside me, and those dreams disappeared.” 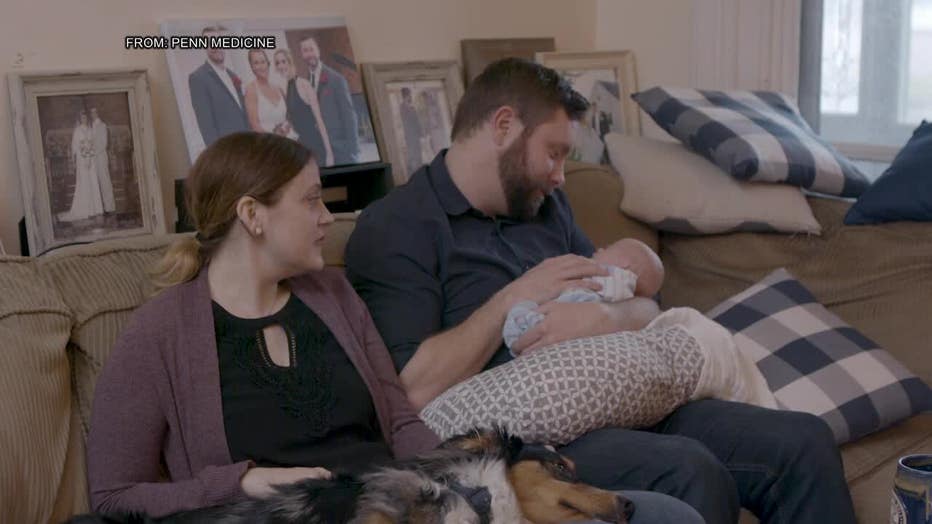 Jennifer Gobrecht, who was born without a uterus, underwent a 10-hour transplant procedure in 2018.

Years later, she and her husband, both of suburban Ridley Park, Pennsylvania, underwent fertility treatments that produced several embryos. They were exploring a gestational carrier when Jennifer Gobrecht learned of the Penn trial.

Benjamin was born via Cesarean section in November.

“Two years ago, if you had told me I would be sitting here not only a mother but one who got to bear her own child, I simply would have not believe you," Gobrecht said. “But here I am."