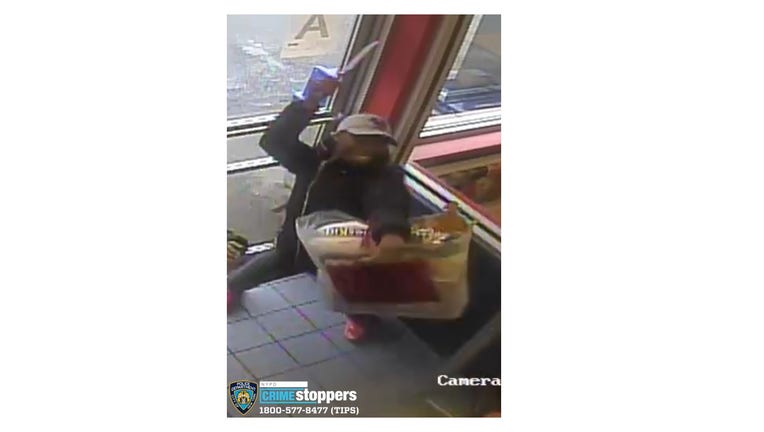 NEW YORK - A woman is accused of swinging a butcher knife at another woman during an argument at a South Bronx Burger King.

The 28-year-old victim got into the verbal dispute with the unidentified woman.  She pulled out the butcher knife and swung it at the victim's face.  She missed and then ran away.

Police say no one was hurt but they want to find the woman with the knife because she could face charges.

Anyone with information in regard to the identity of the woman is asked to call the NYPD's Crime Stoppers Hotline at 1-800-577-TIPS.  Police say that all calls are strictly confidential.